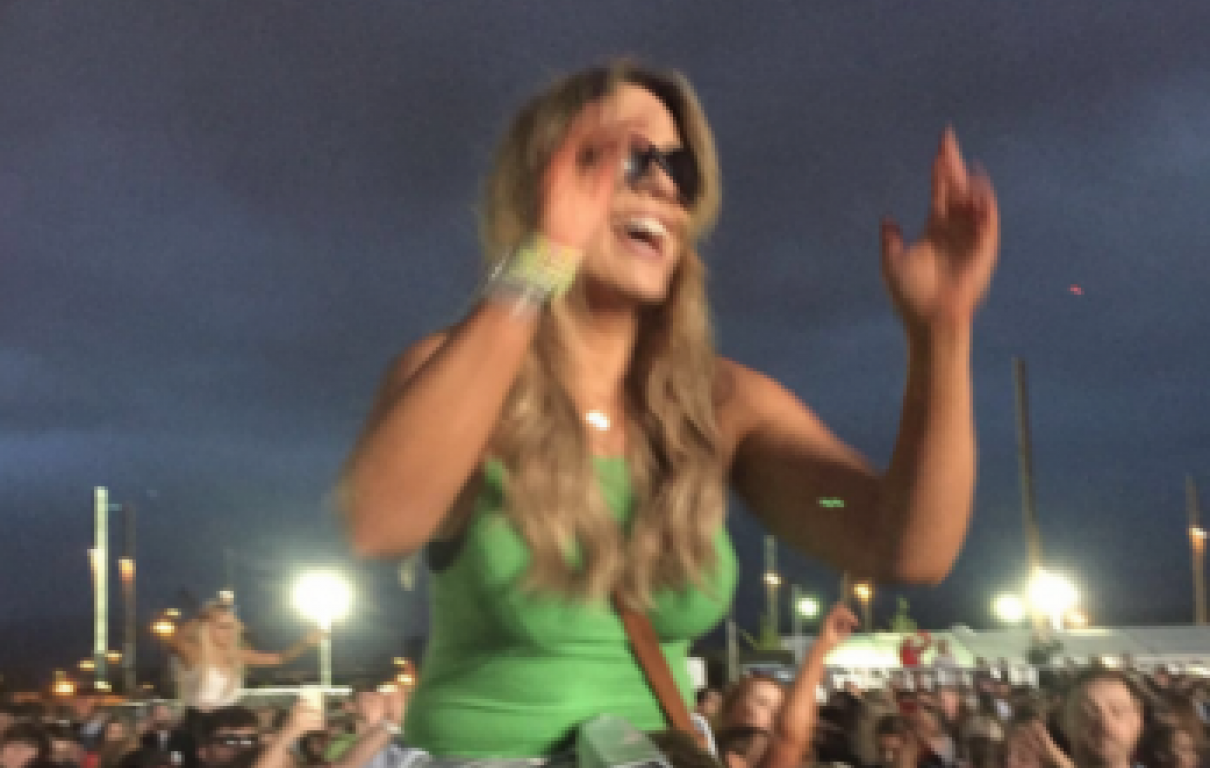 It's time for the latest edition of our Desert Island Discs series, and what a treat we have in store for you this week. If you've ever wondered what gets Anna Morris on a dance floor in 'da club' or what her go-to song is when she's making up, breaking up or having a crisis then you're going to love this.

Expect ballads, divas and some proper 80s rock. Anna, over to you...

I'm starting with this one because it's my number one song of all time. Christina's Stripped album saw me through every make up, break up and life crisis during my younger years and every time I had a bad day I would put this song on extra loud and everything would be ok. It was released 14 years ago but it's still on my playlist and cheers me up every time I hear it.

Superbass is my karaoke song so it has to go in - just in case there's a karaoke machine on this desert island that you're sending me to.

This song reminds me of that moment at the end of the night when the taxi is waiting outside, you're getting ready to leave and Calvin Harris comes on. Straight to the dance floor, miss the taxi, lose all your friends and it's all completely worth it because of big Calvin.

This won't come as a surprise to anyone who knows me. Britney was my inspiration growing up until it all went a bit wrong circa 2007. I won't go into how deep my Britney obsession runs as I want to retain an element of street cred but if anyone is after a full collection of Britney Spears dolls, still in their original packaging I might know where to get some…

I love Sam Smith's original version of Latch but I reckon if I was on a desert island I'd need something a bit more upbeat so I'm opting for the Disclosure version. I love the beat, Sam Smith's vocals are on point and the lyrics are really beautiful. Everyone needs a bit of Latch in their life.

I guess I need to include a slow song in here somewhere and this is genuinely one of my favourite songs in the world. There was a bit of deliberation when deciding which power ballad would make the cut as I'm a big fan of all the divas but none of them have an epic guitar solo (I do love a bit of Slash) so they didn't make the cut. Sorry, Mariah!

I found it quite difficult to select which Nirvana song I would bring to my desert island but I've decided on In Bloom. It has a great guitar riff, a catchy chorus and I think it would be a good one to sing around the fire I plan to build on my desert island.

Disclaimer: I'd like to include a special mention to absent friends Beyoncé, Mariah, Whitney and J-Lo. This was not a decision I took lightly and I'd ask you all to be understanding about your omittance.