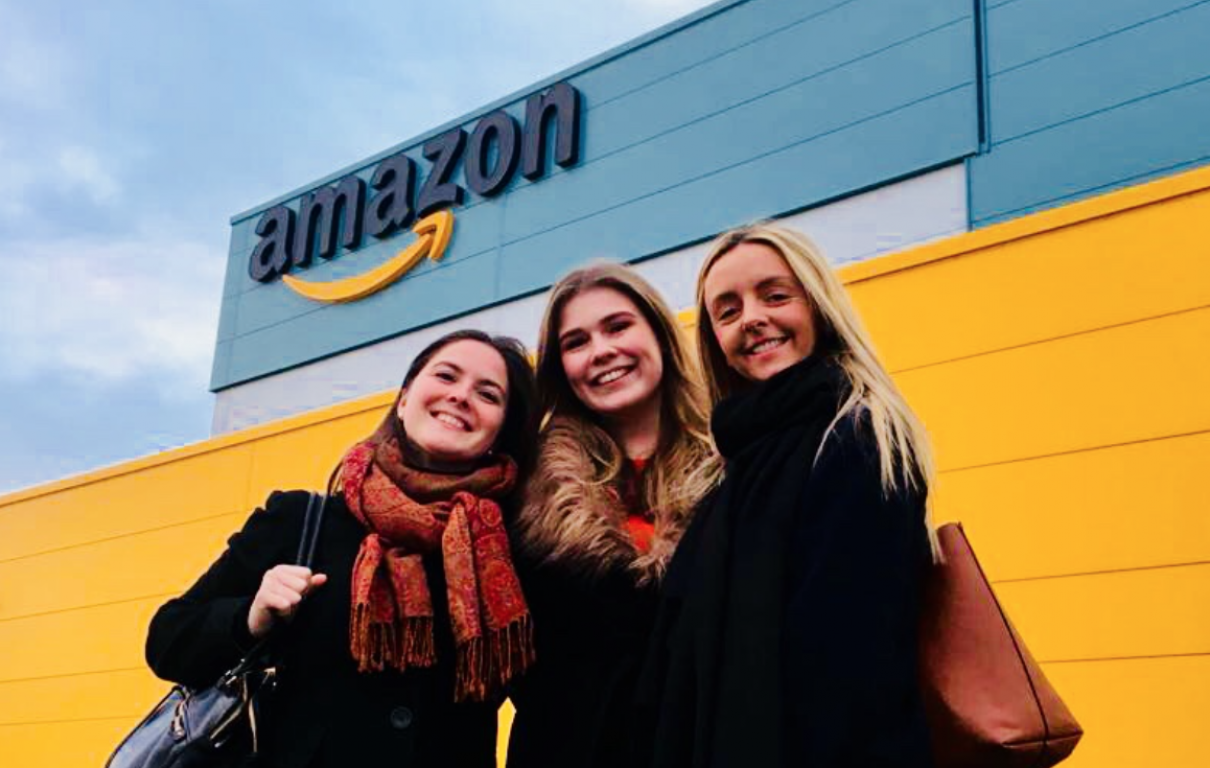 This week, some of the Clearbox Amazon team went on a trip to two of the retailer’s newest sites in the north west of England. It was a pretty exciting day, particularly for Natalie, who made her first trip to an Amazon fulfilment centre (FC). Here’s her take on our peek behind the magician’s curtain at Amazon in Manchester and Warrington.

Tuesday was no ordinary day for the Amazon Operations team at Clearbox. Instead of the usual morning routine, this travelling trio hopped on a plane and jetted off to Manchester to get a behind-the-scenes tour of not just one Amazon fulfilment centre, but two.

Our alarms went off at 4.30am, so once we’d fortified ourselves with a chai tea latte and two double-shot cappuccinos, we were ready to brace the rather bumpy flight.

The tour of Amazon’s Manchester fulfilment centre was brilliant. We got to see how everything works from picking and packing to the final checks that make sure shoppers end up with exactly what they ordered.

Amazon’s sites in Manchester and Warrington are home to Amazon Robotics, which you can find out more about here. The Amazon Robots were seriously cool, whizzing around the FC floor, responding to orders and bringing items to the associates.

It was great to get a look around the buildings we spend so much of our time talking about in the office, putting a face to those names we’re always emailing and seeing the wonderful people who feature in all of our community stories.

We even bumped into one of our long lost cousins - you can read more about that here.

There’s a lot to be said for getting out there to see exactly where our stories originate and the people they involve. It’s even easier to understand the huge role that the Amazon team plays in its community when you see it first-hand.

Buckets of tea, a skiff of snow and a delayed flight later and we landed back in Belfast - feeling inspired about working on some more brilliant campaigns this year and telling a lot more stories.

Thanks for having us Amazon, we’ll bring the biscuits next time!