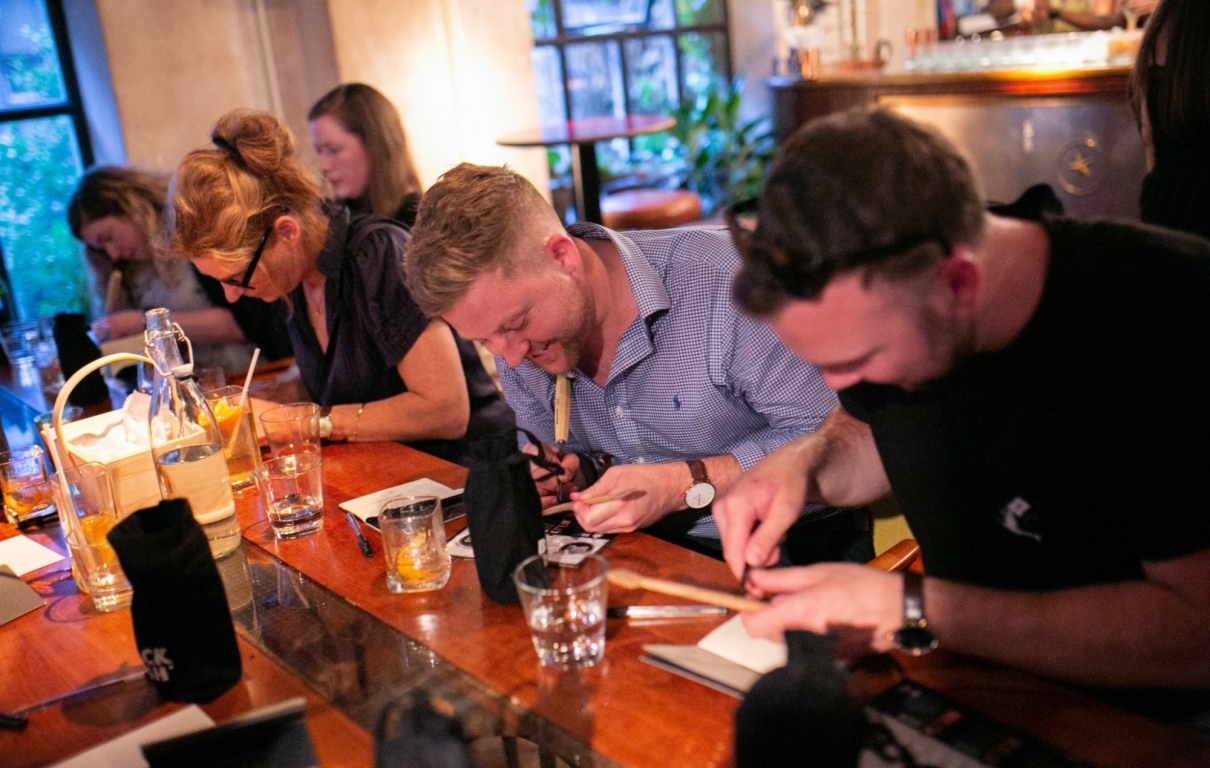 Last month, we worked with our client at Bushmills Irish Whiskey to host the second set of events in the 2019 #BlackBushStories collaborator series, . The whiskey and woodcarving workshops took place across Dublin and Belfast, co-hosted by Irish woodworker, Éamonn O’Sullivan.

Inspired by the supreme craftsmanship, passion and care that goes into creating Bushmills Irish Whiskey, #BlackBushStories celebrates those who challenge traditional thinking in their fields and live outside the box. Since establishing his company, Hewn in 2014, Éamonn has been on a journey of exploration, creating wooden homeware from fallen Irish trees using self-taught traditional woodcarving techniques.

Being the first licensed distillery in Ireland, Bushmills knows too well how much innovation it takes to start out on your own and do something different. Black Bush Carved explored this theme as well as the similarities of traditional woodworking and whiskey distilling.

The events kicked off in Drury Buildings in Dublin’s fair city before heading North to take over The Cow Bay on Belfast’s Dublin Road. Over the two weeks, guests enjoyed a fascinating Bushmills tasting experience led by the wonderful Bushmills Brand Ambassador, Lauren McMullan, before hearing Éamonn’s story on how he honed his passion and craft to build a career in woodwork.

Throughout the events, Drury Buildings and The Cow Bay’s top barmen served up a delicious array of Black Bush-based cocktails. Our personal favourite was The Cow Bay’s An Poirra Dubh, which was made up of Black Bush, pear liquor, Velvet Falernum and Anam - a secret ingredient from The Cow Bay!

The results? A full house at each event, 48 pieces of press coverage, a PR reach of 35 million+, and 657 bags of Haribo consumed by the team. We call this fuel.

We absolutely loved this event series and can’t wait for the final set of events in November. Keep an eye on social media @BushmillsIRL and Black Bush Stories to find out more.