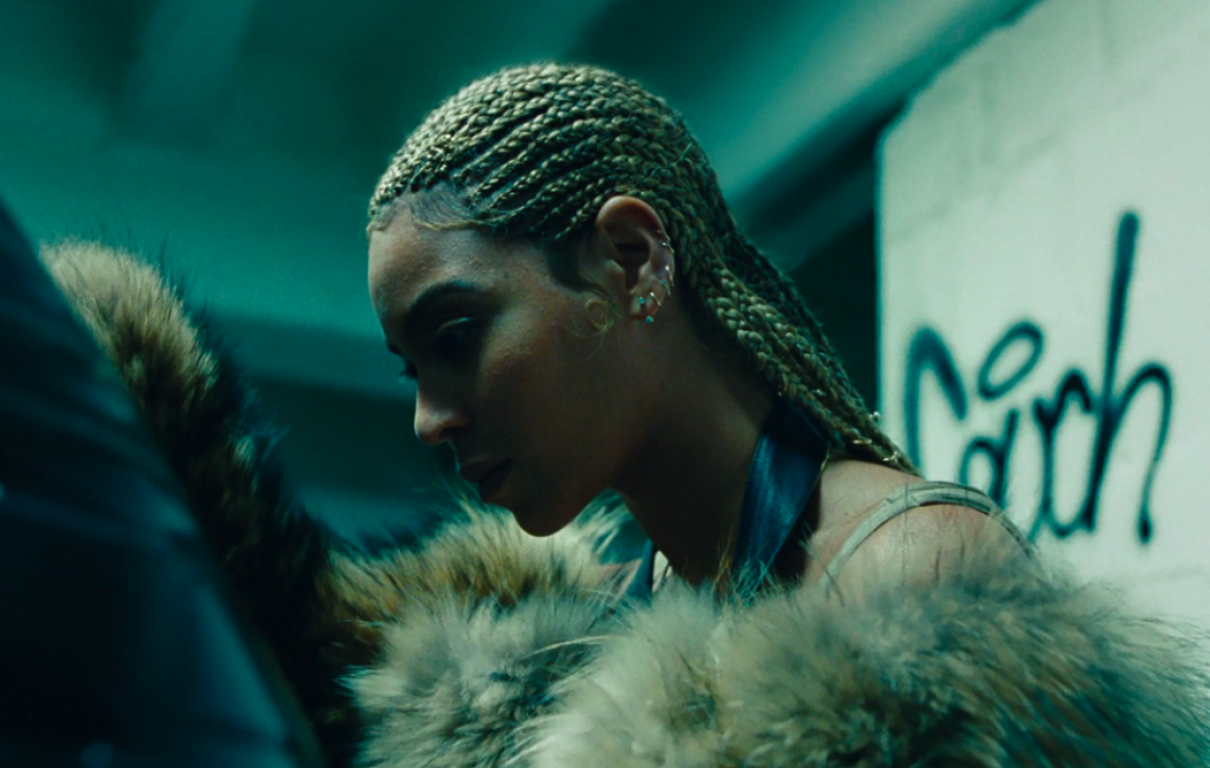 Today is World Internet Day, marking the sending of the very first internet transmission back in 1969. Little did those technological geniuses know that nearly 48 years later, the world would be trying so hard to break it.

From Queen Bey's Lemonade Album, to 'that' dress, today we're talking about our most memorable events that broke the internet.

Kim Kardashian's behind aside, we've got quite a lot to say on all the things that made us tag our friends in explosive memes like never before..

My favourite moment that broke the internet was always going to be Beyoncé-related!

The release of her Lemonade visual album was a total mic drop moment, and emotionally destroyed us all. It left us with countless memes and lots to talk about - whether it was conspiracy theories about Jay Z, whether Beyoncé had her IV tattoo removed, what Solange's and Jay Z's fight in the Grammys lift was all about, and figuring out WHO ON EARTH 'Becky with the good hair' was!

Lemonade most definitely broke the internet, and I expect nothing less from the Queen.

My favourite moment that 'broke the internet' was 'the dress' that caused widespread arguments. Was it white/gold or black/blue?

It still baffles my mind - I personally see white and gold but it fascinates me that others see black and blue!!

There were just so many amazing options to choose from, but I think the most memorable moment that 'broke the internet' was the Harambe saga. Yep, I'm talking about the gorilla.

It all stemmed from a massively controversial decision to kill a gorilla after a three-year-old climbed into the enclosure. But animal rights debates aside, Harambe obtained a significance greater than any of us could have imagined. Rappers released songs called Harambe, Harambe memes went viral and Harambe was even included in polling for the U.S. presidential election. That's the power of the internet!

As the only American on the team, I have to go with Trump's election. It was one of the most surreal and shocking mornings, waking up to the news that Trump had won the Presidential election. Before going to sleep my mom had sent me a text stating, “Get excited - you will wake up to the first US female president.” I had also been chatting with my best friend who was at the Javits Centre about to celebrate Hillary's win and feeling so jealous that I couldn't be there in NYC.

Living in London at the time, tons of non-Americans asked me "what happened” or “who voted for him” and I couldn't answer their questions. You couldn't escape the news - my phone was flooded with articles, emails, texts and social media posts asking the same questions. I am in the middle of reading Hillary Clinton's new book 'What Happened' and it is like re-living the whole thing over again. History classes will definitely be studying this election for years to come!

Game of Thrones - every episode ever

Every single episode of Game of Thrones seems to send my Facebook and Twitter feeds (I'm not cool enough for Snapchat) into meltdown. Stand-out moment though was the death…or not…of Jon Snow which people completely freaked out about. This, unless I'm getting mixed up, was also pretty much the point at which the TV show moved beyond what was in the books, so people really weren't sure if he was actually dead, and if he wasn't, or just how “alive" he would be.

My favourite 'break the internet moment' is the 'apparently kid' because of the character he plays and the way he keeps repeating 'apparently' because he's just an innocent child - its hilarious.

My favourite moment that 'broke' the internet was THAT selfie. Usually such a popular genre of photo wouldn't get much attention, but this was one was different. In 2014, Ellen DeGeneres hosted the Oscars and she took a selfie with her friends. Normal, right? However, this bunch of friends included the likes of Brad Pitt, Jennifer Lawrence, Bradley Cooper, Angelina Jolie, Meryl Streep, and Julia Roberts, to name a few. The selfie broke the internet when it became one of the most retweeted tweets in the history of Twitter (with an impressive 3.43 million RTs)