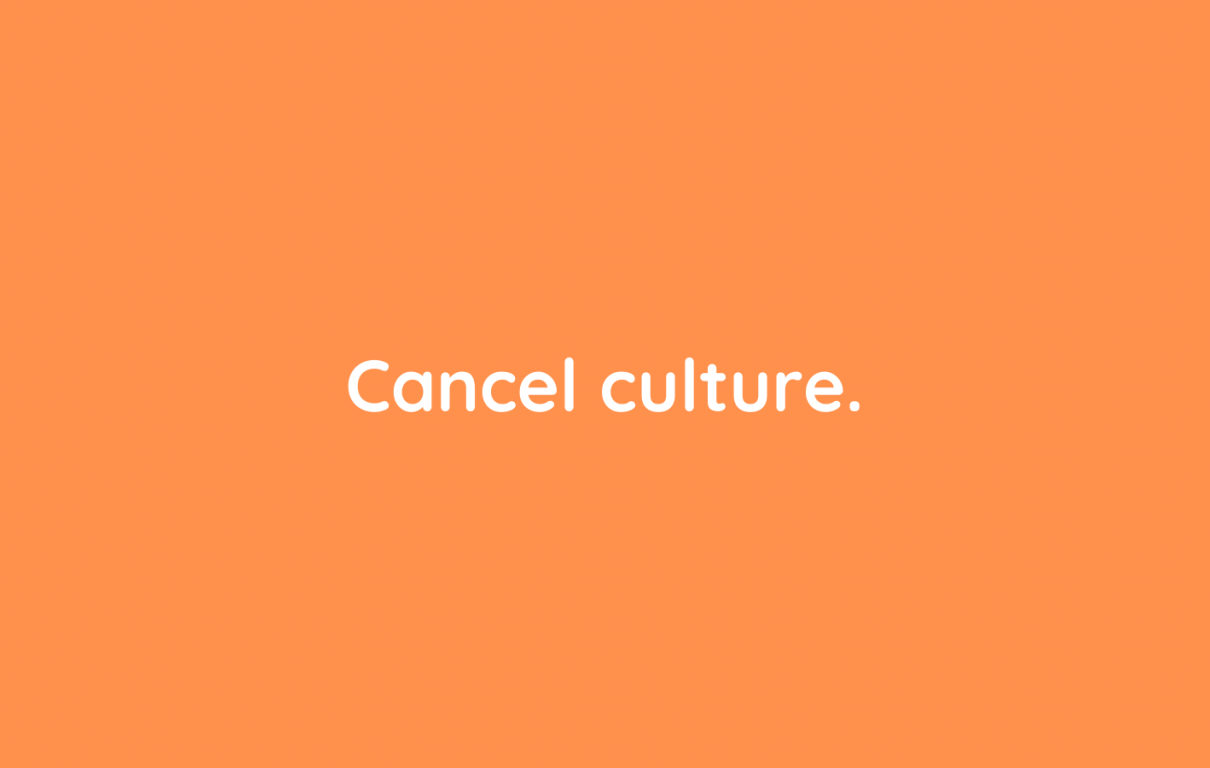 What does it mean to be ‘cancelled’? What’s cancel culture all about? A very tropical trend of our time, you’ll have no doubt heard about it lately. However, as Mollie explains, it’s not an entirely new concept.

Cancel culture is a new’ish concept and something that really only properly came to my attention when it claimed Chrissy Teigen as one of its victims. I actually really liked Chrissy and her social presence and thought she was really funny.

However, since February 2021, a lot of big names and brands have unfollowed her. This includes US President, Joe Biden.

It started with a cyberbullying scandal involving US socialite Courtney Stodden, who spoke out about Chrissy sending her bullying messages many years ago. This then lead to her Twitter being dissected for further signs of nasty comments and so her cancellation had begun.

Cancel culture is the phenomenon of promoting the ‘cancelling’ of people, brands and even movies, due to what some perceive to be offensive or problematic remarks and ideologies. Basically it was a way for people on the internet to say “I’m done with you.”

There are two ends of the spectrum of cancel culture. One end (rightly) includes people like Bill Crosby and Harvey Weinstein, while the other end has ‘normal’ people such as David Shor, who faced backlash on Twitter after he tweeted a study from an academic journal questioning the political consequences of violent and peaceful protests. This resulted in David losing his job.

So, how did this cultural movement begin?

Cancel culture first surfaced around 2017, after the idea of dismissing or ‘cancelling’ celebrities for their actions became popular. Google Trends data indicates that search interest in the phrase ‘cancel culture’ took off in the second half of 2018 and early 2019.

The ‘movement’ has continued to grow into a way to call on others to reject a person or business for their actions, views or comments. This can take place when the target breaks social norms, for example, making bullying comments online.

Some believe using social media is the only way to hold account people who have power in society for their actions. This is how cancel culture was born.

A very prominent case of cancel culture was when comedian Kevin Hart faced an intense online backlash in 2018 when homophobic tweets resurfaced after he had been selected to host the 2019 Oscars. Talk show host Ellen DeGeneres rushed to Kevin’s defence and said he shouldn’t be judged on statements made many years ago. Hart stepped down from hosting duties and blamed cancel culture, not his comments.

Cancel culture is now part of the cultural lexicon, so it was only a matter of time before it found its way into politics. Obama and Trump both made references to it during their respective times in office, with Trump claiming it to be “completely alien to American culture and values and that it had absolutely no place in the United States of America.”

Whatever people’s thoughts on the subject of cancel culture, it’s clearly a movement of our time. It proves social media users are fed up with people not being held accountable for their actions.

Is cancel culture here to stay? Harper’s Magazine published an open letter in August 2021 calling for the abolishment of the culture. The letter was signed by more than 150 public figures, including JK Rowling. However, many people online claimed that many of the signatories of the letter are guilty of bigotry, which is not free speech.

What do you think?