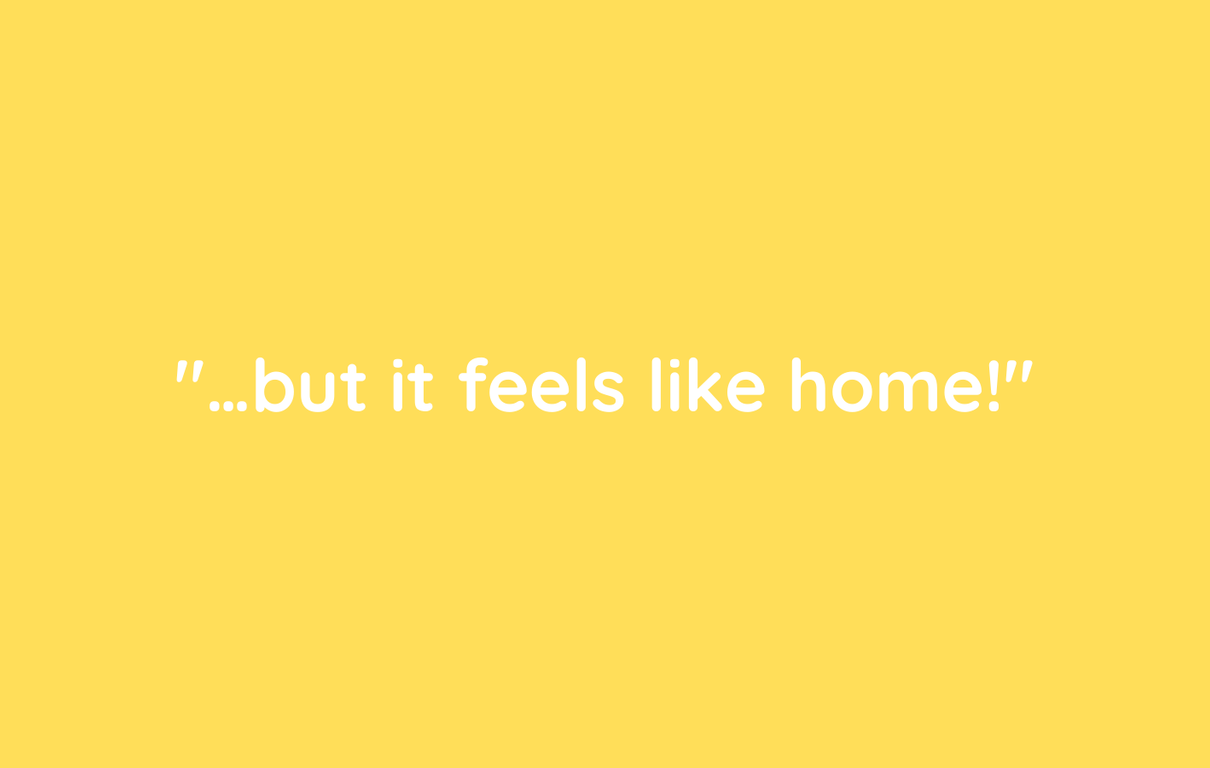 Do you have a comfort character? Nora on our team does, and when she explains what she means, you’ll instantly think of a few of your own. Go for it, Nora!

I recently stumbled upon a TikTok trend through which people are sharing their comfort TV shows, accompanied by the lyrics “… but it feels like home” from The Greatest Showman hit ‘A Million Dreams’.

While reading this intro a particular series has probably already popped into your head, totally fitting the narrative of where I’m heading with this.

I’m definitely the type of person that will watch a TV show from beginning to end repeatedly and not get at all bored. I find a type of comfort in knowing what’s going to happen next, really being able to enjoy and appreciate the storyline for what it is without the nerves of what’s ahead for a particular character and the fear of the unknown.

Why is it we get such comfort from certain shows and/or characters? Why do we not get bored? Our brains find comfort in nostalgia in addition to the entertainment value. When we re-watch a television show that brings us joy, we’re transported back to wherever our lives were when we were first introduced to this show. Some of these episodes got us through our highest highs and our lowest lows. These characters were there for us back then, and they still are today.

New releases can of course be exciting, but also at times disappointing when compared to our trusted favourites… sometimes it’s easier to just re-watch that series we’ve already seen 15+ times, at least we know what we’re getting. There’s honestly nothing worse than wasting a Saturday evening binging the newest series only to rate it a whopping 1 star.

For a series to be our ‘comfort show’, it doesn’t necessarily have to be overly relatable to our day to day lives. My favourite TV series of all time is Grey’s Anatomy, and anyone who knows me will confirm I would be as far from as asset to the NHS as possible. There’s just something special about Greys that keeps me hooked (and at times debating whether with 19 seasons' experience I could possibly have at least some level of medical skill by now?)

I don’t know what exactly it was that initially got me gripped on the lives of a few surgical interns in Seattle, but I was hooked on the first episode and have remained loyal ever since. We’ll all find that TV series that keeps us hanging on as the years pass by and our lives continue to change, as do the lives of the characters we’re watching.

Shonda Rhimes’ award-winning medical drama is set in Grey Sloan Memorial Hospital in Seattle (formally Seattle Grace Hospital for the OGs) and brilliantly merges the personal, professional, and soap-operatically gripping storylines built around a range of intertwining characters. The ever-changing relationships and splendid chaos keep the audience wanting more and the success of 19 seasons and counting speaks for itself.

I could ramble on for a days about the many reasons I love this series and list multiple favourite episodes and season highlights, but I don’t want to ruin the excitement for anyone who has yet to watch this absolute masterpiece.

Having watched a particular series for so long, the characters do become almost like friends. We know all about them, their life story, their journey, their history. We feel content watching them, as though we’re spending time with an old friend. There’s something special about watching old episodes back, knowing exactly what happens at every turn, but just appreciating the moments and the laughs, similarly to the way in which we reflect on and relive old memories with our loved ones.

I personally love having that particular series that I can stick on in the background no matter what I’m doing and not have to worry about missing anything as I’ve seen it all before but having that bit of familiar background noise for company. For me, the most energy-consuming part of watching TV is choosing what to watch, one of the main reasons I’ll tend to give up and head to an old favourite. All the cards are on the table with a comfort show, we know where we stand, we already know which episodes are happy and which are sad. We’re in control.

Nostalgia can run deeper than the TV series itself – the enjoyment that comes with re-watching a show can extend far beyond the show itself to encompass everything surrounding it, who you have previously watched it with, where you first watched it, and how you resonate with or feel close to the characters. We all have that character who we totally want to be besties with.

In a time of unprecedented choice across various streaming platforms, it seems the majority of us just want to watch the old favourites with known outcomes we’ve come to love and trust. The TV series that truly feels like home.