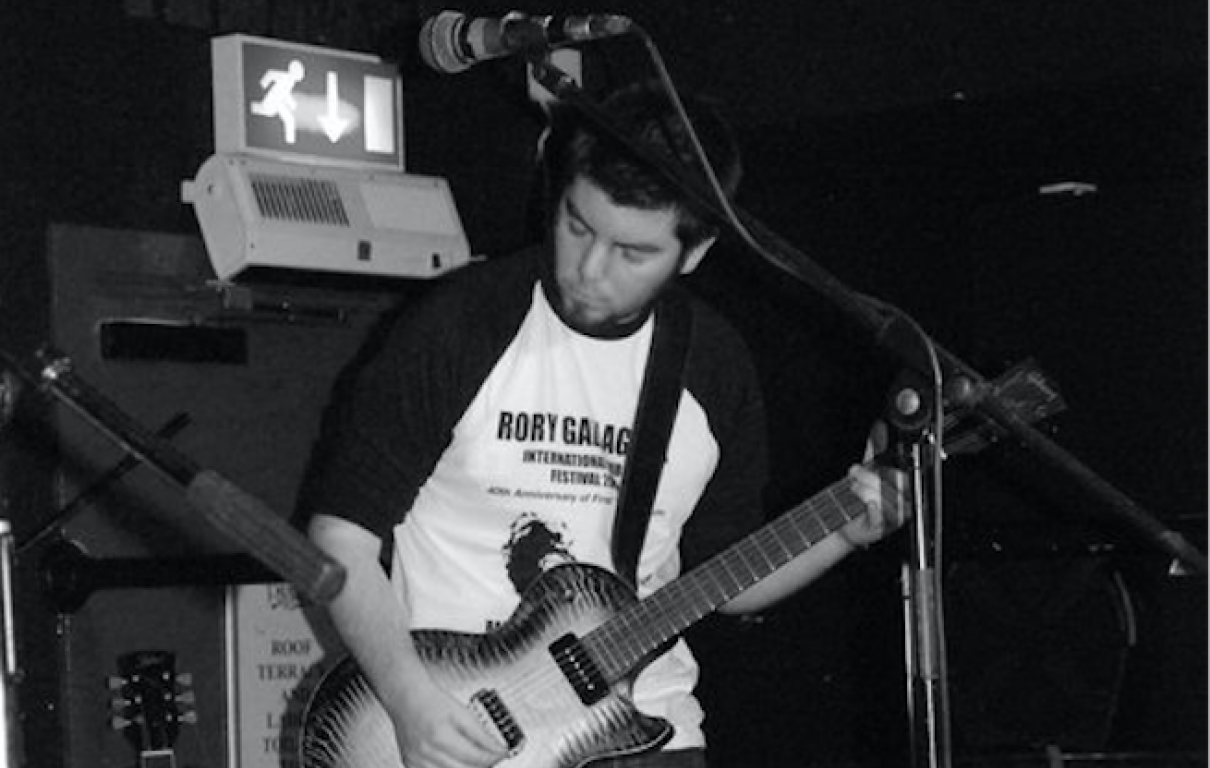 Daniel wasn't here when we did our original Desert Island Discs series, and he's been asking us to put his list on the website since he joined us.

So, after much deliberation over what he wanted on the list, we proudly present Daniel's eight tracks that he's taking to the island with him.

My first memories of music are all centred around Status Quo; as a toddler head banging in the car, the first CD I bought with my own money and the first gig I went to. They're the reason I play guitar and were my gateway band into rock and blues music. Rain is one of my favourites because it's a ridiculously simple riff, but like most Quo songs that's what gets you hooked and keeps your ears ringing for a few hours after listening.

One of the lesser-known Thin Lizzy tracks recorded with Gary Moore on guitar in between Eric Bell leaving and the birth of the Gorham/Robertson sound that we know Thin Lizzy best for. I could have chosen any Thin Lizzy track really, Phil Lynott's lyrics and command of language fascinates me and no matter how many times I listen, I always find something new in the songs.

I found the Gaslight Anthem by accident one night after coming in late from a shift in a bar and trawling through Glastonbury highlights. Their sound has changed from punk rock through to straight up rock, influenced by frontman and songwriter-in-chief Brian Fallon. His stuff with TGA and side projects Molly & The Zombies, The Horrible Crowes and the solo album released this year is among my favourite music and is a constant in the car. 1930 is from the relatively early punkier sound, but a quick search online will find you an equally excellent acoustic version.

Some people have Dylan, some people the Beatles, others Neil Young. I have Tom Waits. The breadth of material he has released over the years means no matter what you're in the mood for you'll find an album that suits. He's the best lyricist I've listened to and is as powerful with beat poet style ramblings as he is with a love song about his wife. I Hope That I Don't Fall In Love With You was one of the first of his tracks that I heard and I've been hooked since then.

Buzzcocks - Ever Fallen In Love

2 minutes and 40 seconds of musical perfection. If John Peel hadn't already played the Undertones twice I'd like to think he'd have given this consecutive spins. A play in one of my my favourite TV shows (Scrubs, if you must know) cemented this as one of my favourite songs and I even got to play support for the Buzzcocks at Queen's SU a few years ago, so seeing the song played live at a gig I'd played at was a huge moment for me.

Love him or loathe him, Bob Geldof's work with The Boomtown Rats is nothing short of excellent. He'll rarely miss an opportunity to provoke and be controversial. True to form, he only went and wrote a song from the perspective of Adolf Hitler's significant other, Eva Braun. A brave choice, but the intelligent lyrics make this a great song and one I always go back to.

Up there with Gary Moore and Rick Parfitt as my favourite guitarist, Gallagher is another of my biggest musical influences. For any guitar geeks out there I've mimicked part of his set up with a Vox AC15 and a treble booster (I'm just not a big fan of Strats though…) It's great to see there'll be a statue for him in Belfast at the Ulster Hall where he played one of his best remembered gigs. Shadow Play is a solid rock/blues track with a great hook and solo, and sounds even better on the Stagestruck live album. I'd also recommend a visit to the annual Rory Gallagher Festival in Donegal.

Finally, a track from a Northern Irish artist who I play a bit of guitar for now and again. Sonja played in Nashville and a few other places in the States last year and the trip had a big influence on her writing. Bleeding Country is a great example of that. Catchy, up-beat and it has a decent solo too. If I was stuck on a desert island I could probably whip up a line dance with this tune and a few trees. She's about to release her debut single this Christmas, so look out for that.