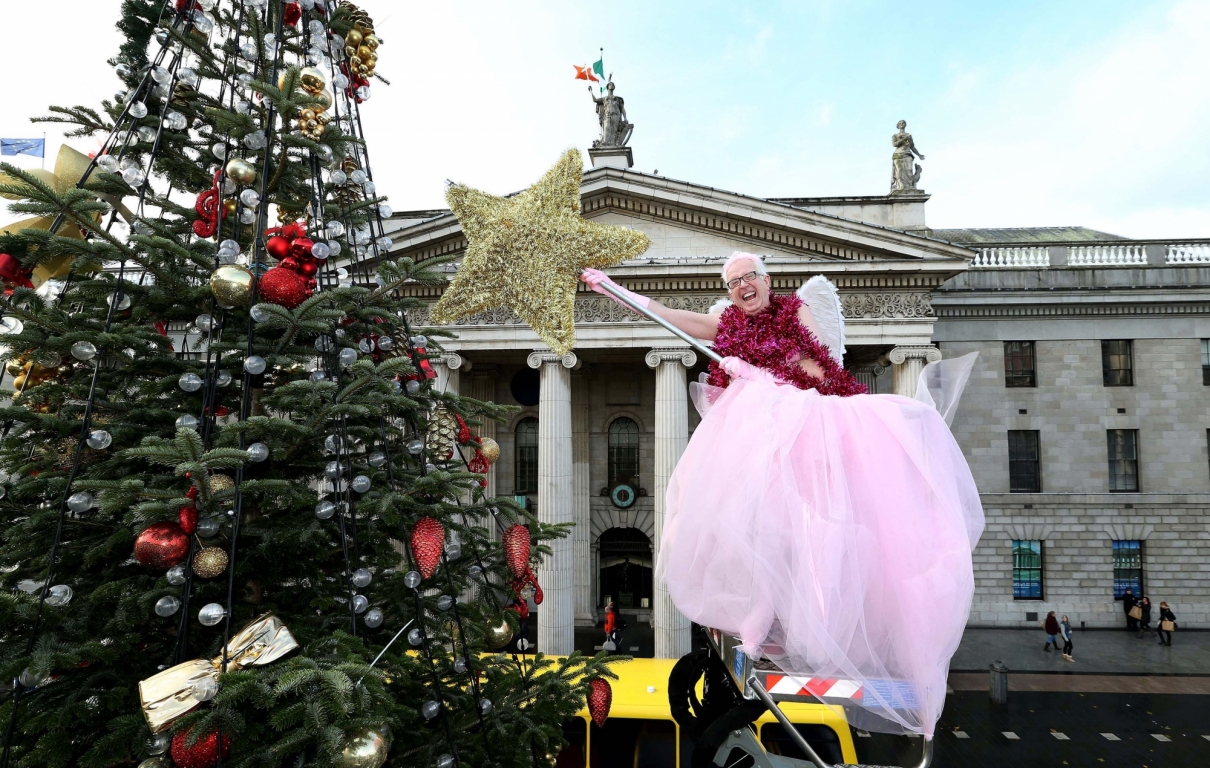 It was a fairy Brown Christmas on Dublin's O'Connell Street on Sunday as Mrs. Brown's Boys star, Rory Cowan, gave the iconic tree a makeover to celebrate the launch of the Christmas special DVD, How Now Mrs. Brown Cow. The 45ft Christmas tree in the heart of Dublin was adorned with decorations that Agnes Brown would be proud of ahead of the annual Lord Mayor's Christmas tree lighting ceremony.

- AVAILABLE ON DVD AND BLU-RAY™ NOW -

Putting the 'ma' in Christmas, Rory paid homage to Ireland's favourite mammy, Agnes Brown, with a selection of Agnes-themed Christmas baubles dotted around the city's 45ft tree, before placing the pièce de résistance in the shape of a star, on top of the iconic tree.

Rory, who plays Mrs. Brown's gay son in the phenomenally popular TV series was in town to promote the release of Mrs. Brown's Boys Live: How Now Mrs. Brown Cow which is out now on Blu-Ray™ and DVD. The DVD was filmed at Glasgow's SSE Hydro and combines the infamously crude, rude and hilarious festive sketches with the laughs, larks and audience interaction from the live shows.

The tremendously camp character jumped at the chance to become a Christmas fairy for the day to promote the launch of Mrs. Brown's Boys Live on DVD:

“I can't say that being hoisted 45ft into the air on O'Connell Street has been a lifelong dream of mine,” explained Rory, “but I'm always up for a laugh and this was a great way to get into the Christmas spirit and to celebrate the launch of our live shows on DVD.

“We've been touring the UK with 'How Now Mrs. Brown Cow' since March and the response has been absolutely fantastic. The audiences have been bigger and laughed louder than ever and we have been having an absolute blast along the way. The magic of Mrs. Brown's Boys is that it's a comedy people can watch over and over again and that's why our legions of Mrs. B fans keep coming back for more. Viewers can expect turkeys, tasers and hamsters as well as lots of laughs along the way!”

The tour will culminate with a five show residency in Dublin's 3Arena on 15th-19th December.