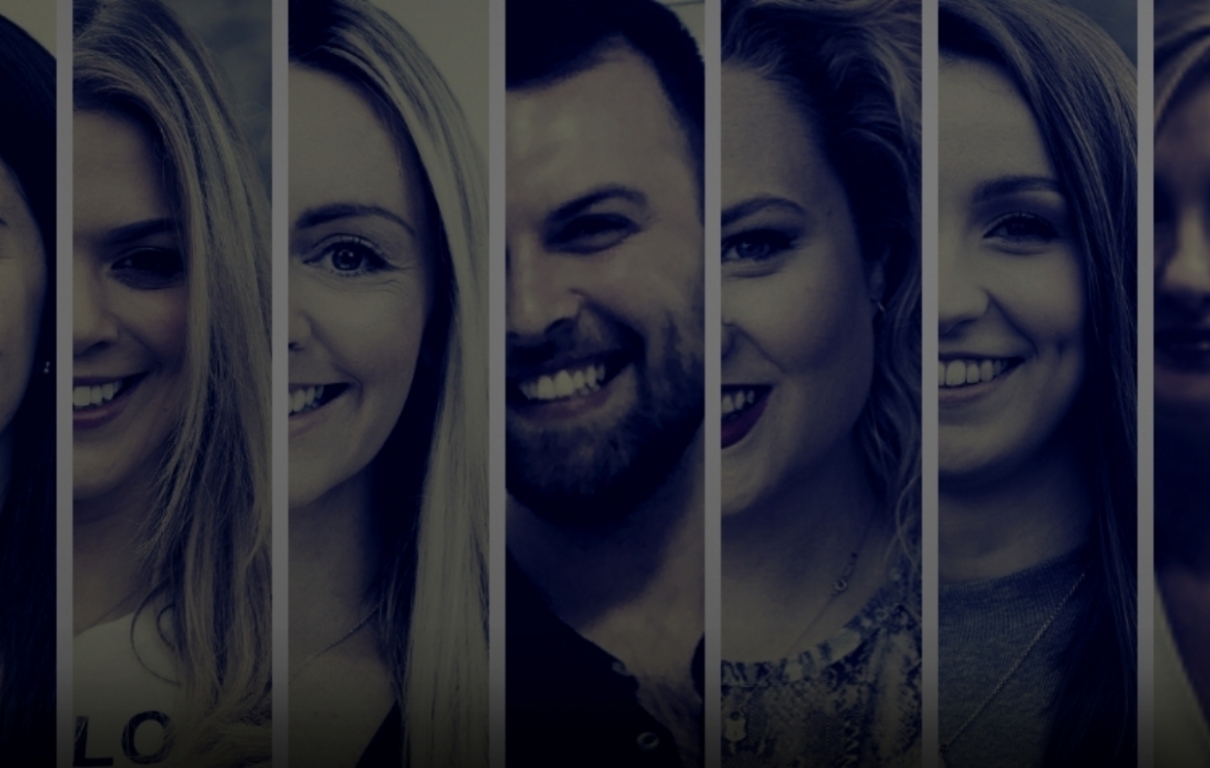 This isn't your average 'spring has sprung' blog. For Darryl, this spring is totally overshadowed by the return of one of the greatest action / fantasy television series in our lifetime, Game of Thrones (GOT). Did you know that some of it was filmed in Northern Ireland? Of course you did. Our resident GOT fanboy has been looking at the similarities between the Clearboxers and some of the show's most notable characters. Anyone for Joffrey?

Whether you’ve watched it or not, GOT is a cultural phenomenon and has improved the tourism landscape in Northern Ireland dramatically. One minute you’re walking around the stunning National Trust site, Castleward in County Down with your dog, Betty, and all of a sudden you’re faced with a hoard of ikea-rug sporting Americans.

So, with that, we asked the Clearbox team which GOT character they’d be if they had to choose. Most of them haven’t watched it (honestly I can’t believe it either), so this will be interesting…

I won’t lie, until Darryl proposed this fabulous idea I had never watched a single snippet of GOT! I have done some extensive reading and researching, and I can confirm that the GOT character I would be is Sansa Stark.

She starts out with an innocent and naive view of the world, which was absolutely me until I entered the big bad world of adulthood (and university). She’s been through a lot, but her continued resilience has allowed her to pull through to the other end, and you know what, I’m with you girl! She has become what can only be described as a strong independent woman and that’s all I ever strive to be in life! Oh and she’s apparently still alive, which I hear is a big deal in GOT, so that’s a plus.

This was absolutely the nudge I needed to watch GOT. I have now officially downloaded the boxset and I’m not sure if I’m ready for this commitment but here we go!

I’m going to go for Brienne of Tarth. Although we don’t share much of a physical resemblance (which anyone who has met me will attest to) she is fierce, brave and strong – all qualities I strive to embody. She pledges herself to the people she loves and would do anything for them. She also challenges female stereotypes without it being all she talks about. Above all, she is loyal and trustworthy which I would like to consider myself to be. Being the optimistic person that I am, she’s the person I’d love to be!

As an avid GOT fan, I took this very seriously! There are so many characters that I can relate to — whether that’s a good thing or bad thing. That’s also one of the reasons why I love characters from GOT so much. They don't follow a straight path of good or bad. They are complex, surprising, terribly flawed and constantly evolving with their surroundings. In season one, I would have wanted to be Arya, in season two Margaery Tyrell, season three Ygritte the Wildling and then things get so muddled you never know who to think of as your favourite character.

That said, there has been one constant throughout the series that I admire and would love to be — Daenerys Stormborn of the House Targaryen, First of Her Name, the Unburnt, Queen of the Andals and the First Men, Khaleesi of the Great Grass Sea, Breaker of Chains, and Mother of Dragons. She is smart, courageous, adaptable and a natural leader. Daenerys also spends a lot of the series trying not to be married off and keeping her claim to the throne, so I respect that there is a strong female character who is unapologetic for her role as The Queen. While I may only be a Mother of Carrot (my dog), I also love how strong of a bond she has with the dragons and cares for them like her children. I can’t wait for the final season, as we witness the epic fight between fire and ice!

I would want to be Lady Olenna Tyrell. They call her the Queen of Thorns for a reason, and her level of wit and sass in the show is unparalleled. I mean, who else could repeatedly cut Cersei to the bone with their words alone? Even in her older years, she remains strong and sharp against the most powerful characters, and she’s not taking any crap from anybody. How could she not be #goals???

Ned Stark. I’ve never seen a single second of GOT, and I never will, because it’s weird and I’m narrow-minded. It’s like Brexit, or the Europa League - it never seems to end. However, in the interest of taking part in this post, my character is whatever one is played by Sean Bean. He’s the only actor I know who's definitely in it. He was in the TV adaption of one of my favourite books, Bravo Two Zero. He supports Sheffield United. I have nothing else to add on this matter.

I was a bit late to the GOT party but, what I lack in early adoption, I make up for in enthusiasm and devotion. Last Saturday night I put in a solid five hours of viewing and have been addicted ever since. Now, as I’m only on Season 3 (and my colleagues tell me there is a lot more to come), I had to cheat and take a quiz to unveil what character I would be. Interestingly, Buzzfeed has me down as Robb Stark which (as we go to press) I’m very happy with. Loyal, handsome and brave - plus hates weddings. I’m down with that! Also, this means I get to have a direwolf which is pretty cool.

I am one of the few that have never seen an episode of GOT, and from what I have read, these are some of the most complicated characters ever created! Aren’t we all a bit complicated when we scratch the surface though? So, on that note I have found the character that I would be is Tyrion Lannister! He is very self-aware, he takes time to assess how others perceive him and uses this to his strength, this also makes him a great judge of character! I think self-awareness is very important. We all have weaknesses, and the greatest strength you can have is knowing what they are and working on them. He also loves a glass of wine here and there, so he’s definitely my kind of guy!

Arya and I just have so much in common. We have a full list of people we want to murder, and we’re nimble. No, but really, she’s amazing. I love her character transformation and just how much of a bad ass she’s turned into. I totally want to be her, mostly because she can turn into anybody she wants. You know that if / when she dies, she’ll go down fighting, and I love that. Also, I really want to see her kill Cersei.

I am yet to experience GOT, much to the dismay of my colleagues here at Clearbox, however, I have been told that I’d be likened to Melisandre. Apparently this is because I ‘breathe life’ into the office and I’m generally a fan of the colour red. None of the other stuff she gets up to applies to me at all. I would love to be able to pull of some deece magic tricks though!

GOT isn’t the only thing springing into action this April, so is Clearbox. We’re always busy, of course, but this month, we’ve already overseen the 2019 launch of #BlackBushStories. This month, Bushmills has teamed up with Tea Maker, Oscar Woolley to create Suki tea’s own Black Bush inspired blend. Read more about it here!