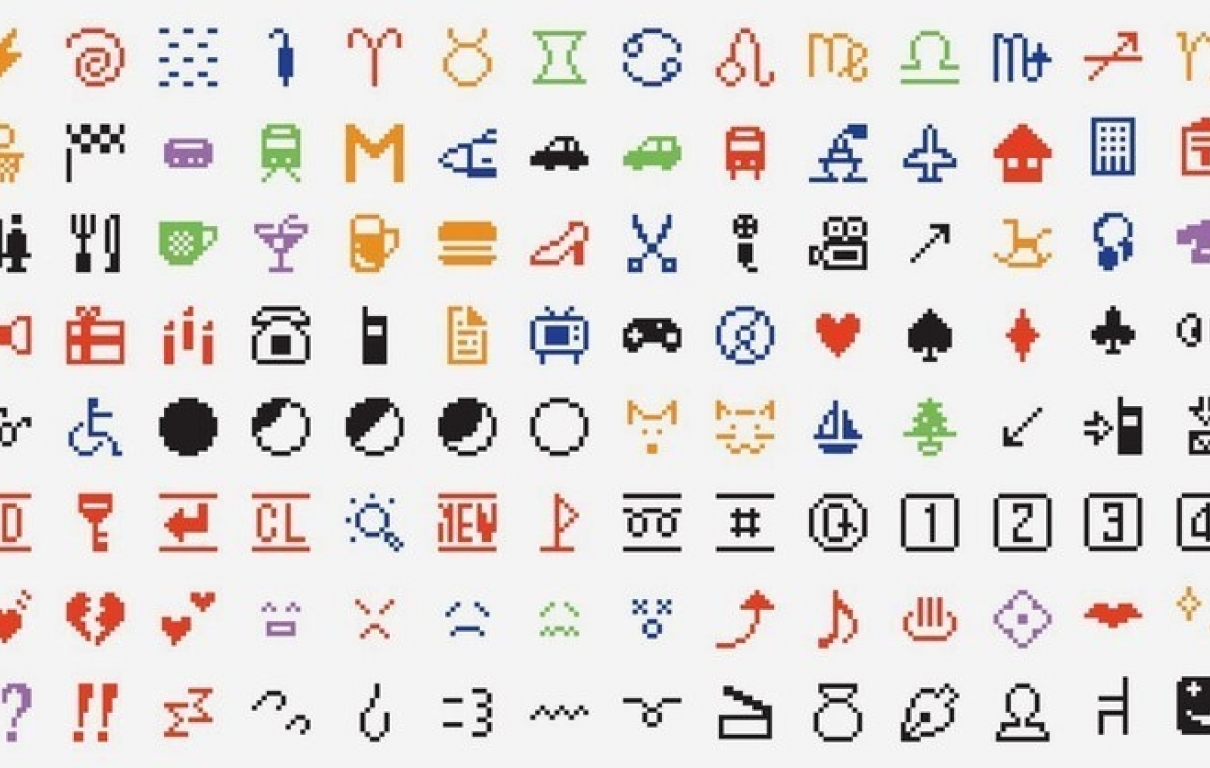 Today is world emoji day and he wanted to write something about emoji. Take it away, DC.

There’s a day for everything. From ice cream day to notable charity days, every day of the year seems to have some kind of attachment.

Today, it’s the turn of the emoji.

Did you know? 92% of all people online use emoji and nearly half of all Instagram posts ever created use emoji. Also, the plural of emoji is emoji. Every day is a school day.

The world of communication is changing, whether you like it or not, and for better or worse, to include emoji as a universally understood language. If you’re privileged enough to have access to an electronic device that types letters, you’re bound to have seen one.

Designed to add some emotional nuance to otherwise flat text, emoji have been around in some form or another for a while… hands up if you remember emoticons?!

Emoticons then developed into what we know today as emoji. The first emoji were created in 1999 by Japanese artist Shigetaka Kurita for i-mode, a mobile internet platform by DOCOMO, Japan’s main mobile carrier. It wasn’t until 2010 until Unicode officially recognised emoji and added hundreds more to the basic design.

History lesson aside, we asked the team at Clearbox what they really think of the rise of emoji and how they think it has impacted our communication.

I don’t think emoji have changed the way we communicate as such, I think that was all down to text messaging, e-mail, MSN (back in the day) and all the communication technology we are now surrounded by. However, as the way we interact has changed so dramatically I think that emoji have allowed us to enhance our communication and have made a change for the better. They enable us to show the tone of our messages. It can be difficult to show the mood of a message when it is plain text, so these wee faces just help to add a bit of personality and emotion to our texts that otherwise wouldn’t be there and for me that isn’t a bad thing!

Emoji are the millennial upgrade on shorthand text messages. Instead of removing vowels and replacing words with numbers to save our beloved Pay As You Go texts (honorary mention for the O2 Unlimited bolt on that CHANGED LIVES) we now use cute, colourful icons to communicate as quickly as possible while we hurtle through this thing called life.

In some instances, a carefully placed emoji can even replace punctuation. Finishing a sentence with a full stop or a smiley face can change the tone completely!

Personally, I’m a big fan of emoji because I think they add a bit of personality, colour and imagination to our everyday communication, whether it’s a single emoji acting as an aesthetically minimalist Insta caption or a quick text to say you’re on your way (running man emoji followed by thumbs up emoji, obviously…).

I do enjoy emoji, and in 2019, we have definitely reached peak emoji. My current favourites (and most used) are clapping hands, smiling face with hearts, woozy face, ok hand and the see-no-evil-monkey. I would like to see some regionalised emoji in the future though, for example, buck eejit would be a big hit in Belfast.

While I am an emoji fan, I try to contain them to text and Slack messages. Use in emails is a step too for for me.

I think emoji have allowed us to enter into a new phase of language and I think that’s a positive thing. Language is constantly changing and to be part of the generation at the birth of digital language is really exciting. I also find it fascinating how large groups of people can look at a symbol and collectivity, without debate, decide it means something and that becomes a universal rule. As well as this, emoji give life to texts which I personally am a big fan of!

For me, non-verbal communication is so important when expressing emotion, to really get my point across or to communicate things that just can’t be said with words. Emoji have filled this void in written communication and enable us to an extent, to express ourselves as we would if we were face to face with the other person.

Who doesn’t love a cheeky emoji? They lighten conversations, set the tone and are always there when you’re all out of insta captions. Saying that, there is nothing worse than the incorrect use of emoji - it hurts and is generally embarrassing for the person involved. I also find the use of emoji to soften the blow of a message that’s uncomfortable. I don’t need your passive aggressive smiley face. As much as they seem like a laugh, they have ultimately made communication easier. Emoji are universally understood, they create a universal language and allow us to communicate by pictures. Something that most of us across the world can do.

Just like gifs and memes, emoji have definitely changed the way we communicate. They are light-hearted, fun and add character to digital conversations. I love using emoji! Want to say you love something? Cue (my favourite) heart emoji. Someone got engaged? Champagne popping, fireworks and bride emoji here we come.!They add a bit of flare and can sometimes express things that words can’t. On the other hand, there is a time and place for everything. Just like regular texting, the art of chatting with someone will never go out of style and sometimes I wish we would do more of that as sometimes things are left unsaid or misunderstood via digital platforms. While a hug emoji can brighten up someone’s day, try giving someone an actual hug and see how they react. ;)

I’m a huge fan of emoji. I completely agree with what my peers have said. In addition, I have really loved seeing the growth of emoji and how these little icons have been adapted to mean something entirely different than what they were intended for, yet how the new meaning is universally understood. In addition to this, I have loved seeing the diversification of emoji to include more skin colours, genderless options, different family types, accessibility options and of the rainbow flag. It amazes me that a simple update that may take place overnight can completely open up a new communicative path for some individuals that have been previously underrepresented. Think of how long it takes modern words to get added to the dictionary. I’m also completely fascinated by emoji design. I’m sure it takes a lot of work to make something look so simple and effortless.