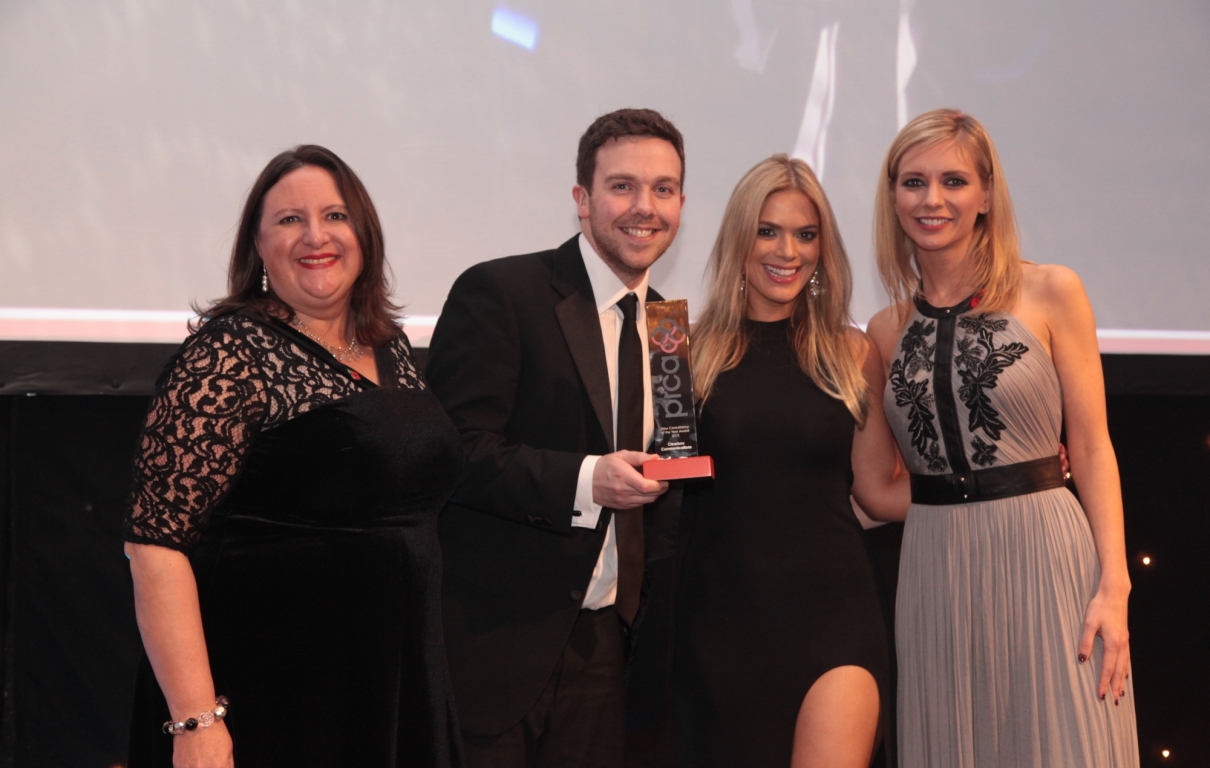 We've had a momentous weekend at Clearbox after the team won two Gold awards at Friday night's CIPR Pride Awards in Belfast for our work with Universal Pictures UK's Mrs. Brown's Boys. We walked away with two gongs for Consumer Relations Campaign and Arts, Culture or Sport Campaign.

To say we were over the moon would be quite the understatement.

The winning campaign for both awards was our 'tart with a cart' stunt to launch Mrs. Brown's Boys D'Movie on DVD, where we created a life-sized bronzed replica of Mrs. Brown and installed her in her fictional home of Moore Street in Dublin to much fanfare from the press, public and digital channels. The judges were pretty impressed with our efforts, and said:

“This was a great campaign showing good research of the target market and a creative, humorous approach to generate media coverage and interest. The team developed a strategy based on their research of the key audiences and kept their tactics focused, consulting journalists as they developed their campaign. The result - a Mrs Brown "tart with a cart" statue on Dublin's Moore Street - achieved great coverage in print, broadcast and online - and helped generate huge interest in the new Mrs Brown's Boys DVD. Sales and orders demonstrate they achieved their objectives and provided an impressive return on investment.”

The wins are really special achievements for the team at Clearbox and come during the month where we're celebrating our second birthday, so it's double champagne and cake for everyone today. Not that we need an excuse to eat cake and drink champagne, mind!

We had an absolute blast working with the team at Universal Pictures UK on the launch of Mrs. Brown's Boys D'Movie. It was the first campaign we worked on with our London sister agency, Fever PR, which was also a fantastic experience.

We'd like to take this opportunity to say a big thank you to Hannah and Kelly at Universal Pictures UK for choosing us to work on the campaign and to Bruce, Lydia and the team at Fever PR for recommending us for the job.

Finally, massive thanks must go to the growing team at Clearbox for their never-ending dedication, creativity and hard work. We love you all.