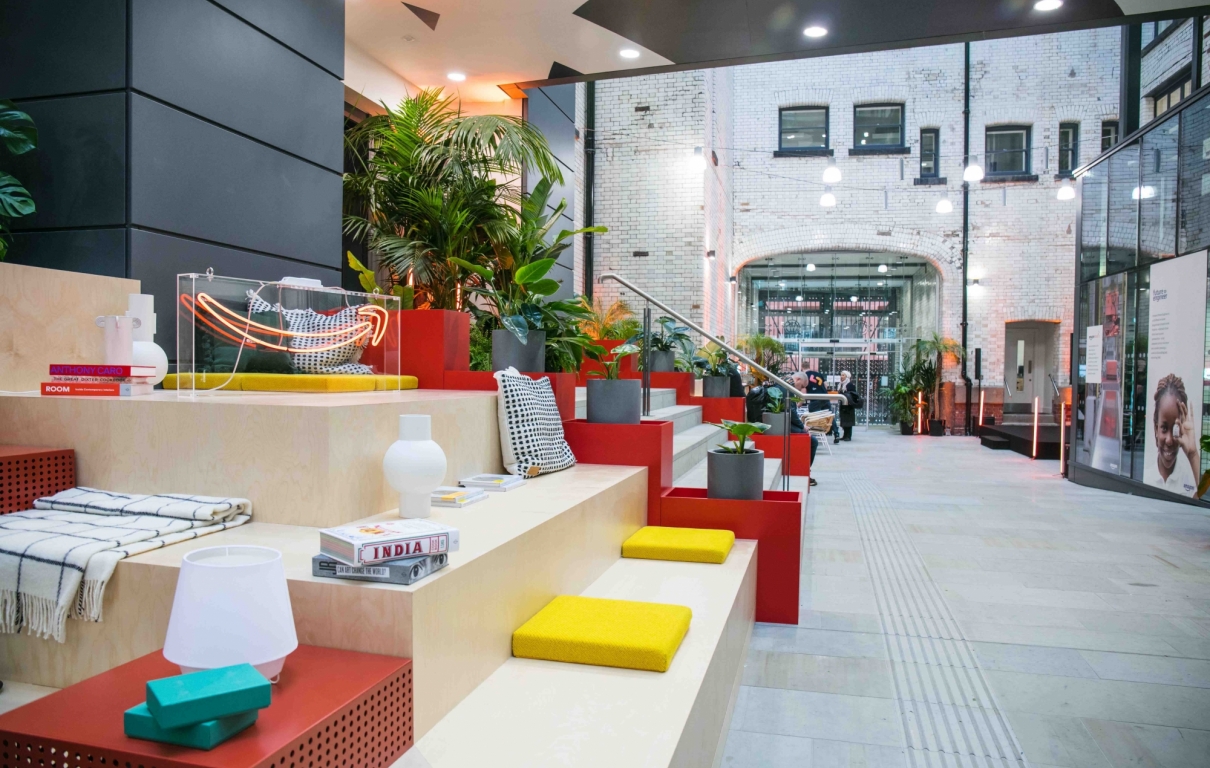 Once again, waking up incredibly early is never fun.

It is, on the other hand, normally a precursor to something exciting, such as travelling somewhere.

Waking up early last Thursday was particularly appealing as my colleague, Alex and I, were getting ready to fly to Manchester once again to see our good friends at Amazon. This time though, we were headed to the opening of Amazon’s new Corporate Office in the city.

The company has reinvigorated Manchester’s iconic Hanover Building in the Northern Quarter, creating hundreds of jobs in the process, announcing the launch of the Amazon Future Engineer Bursary for students at Manchester University, the welcoming of the AWS Startup Garage in Manchester, and handing over graduation certificates to the first cohort of AWS re/Start students in the process.

As soon as we landed in Manchester, we caught the train into the city and headed right for the building. After grabbing a quick coffee and a pastry, we headed over to the beautiful building, excited to see what was inside.

We were greeted by a sea of green foliage, uplit by neon signage against the backdrop of aged brickwork that had been beautifully restored. The interior looked modern, but true to form – it was a sight to see.

In the corner was a feature on Clicks and Mortar, featuring sellers from various stores throughout the Amazon programme so far. It was great to finally meet so many of the sellers that we have been working with now for months, and hearing how the programme has impacted upon their businesses successfully.

In addition, we were able to chat to many team members from the Amazon Customer Fulfilment team as well as hear from the AWS team as to what’s going on with them.

Hearing Doug Gurr, Amazon UK Country Manager, speak was the absolute highlight. It was clear that Doug is incredibly passionate about Manchester as an area and the talent in the local area, praising and presenting the AWS re/Restart graduates to share the stage with him and highlighting the fantastic work they had undertaken to get to this point.

After a busy day learning to code, playing with robots, and catching up with as many people as possible, Alex and I retreated for a ‘cheeky Nandos’.

I say we retreated, I was heavily pressured into this decision by Alex.

I then twisted her arm for a wee iced coffee at Starbucks. I masked this decision as a need for reliable wifi and charging ports, but really, I wanted nitro cold brew.

After a dramatic train journey home, with many delays and not so many seats, we eventually got to the airport and made our way back to Belfast.

Thank you to the Amazon team for having us.

There aren’t many things worth a 5am start, but this trip definitely makes the cut.