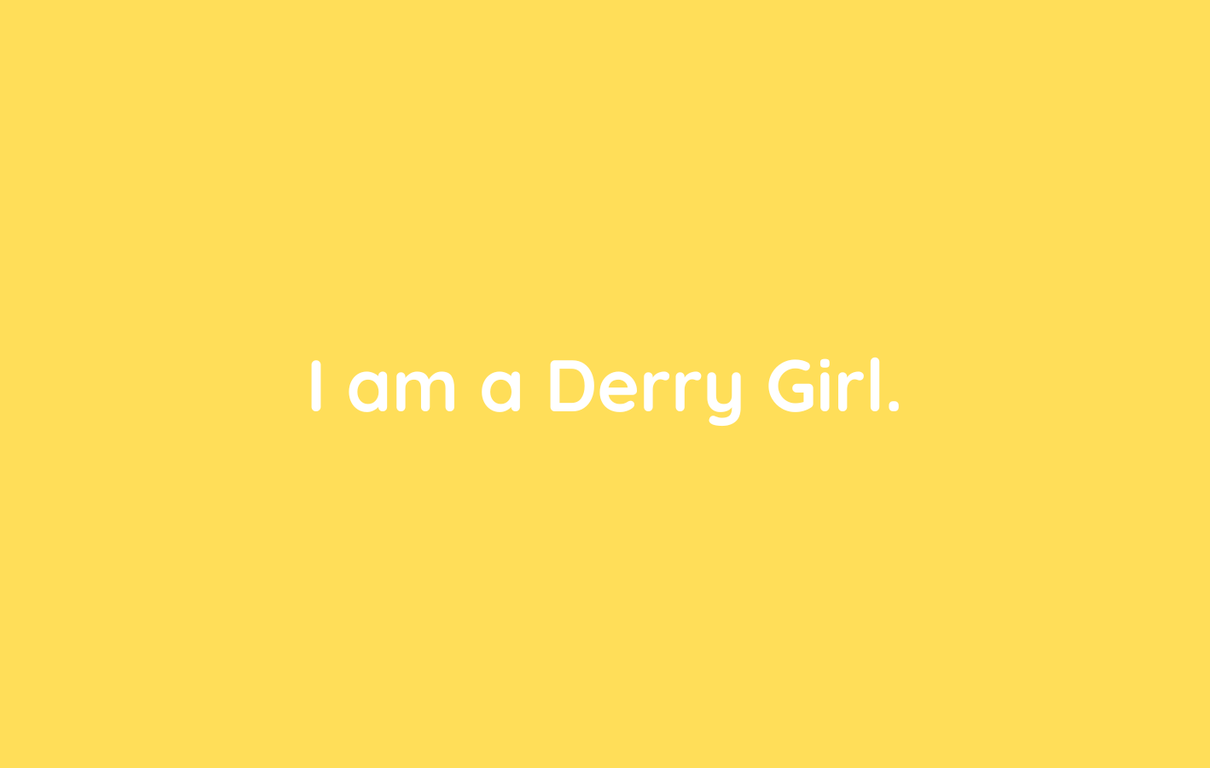 Even though the show finished a little while ago (sobs), Derry Girls remains a hot topic of conversation in our office. The most passionate member of the Derry Girls brigade is Ella. She’s a Derry Girl. Except, she’s not. You’ll see what we mean when you read her post about it. Fill your boots, Ella!

I am a Derry Girl.

Ok, I’m not. I’m actually from Lisburn. But I don’t think I’m alone in my obsession with Derry Girls. From our office chats about the show, we’re all a bunch of avid fans. The show is one of my ultimate faves and up there as one of the most hilarious comfort shows. As I was born in 1998, I missed out on the 90s action. However, despite what age you are, I think we can all learn something from Derry Girls and resonate with the characters. Even the wee English fella…

Every character in Derry Girls perfectly embodies the Northern Ireland spirit that we’re so famous for. The great thing about each character, whether it be Sister Michael (the most iconic), angry Dennis or Uncle Colm, is that no one is ever just a filler. Every supporting character is bursting with personality, hilarity and contributes to the show as much as the five teenagers. We all know them, love them or are them.

Check out the playlist here. Need I say more?

90s fashion is back and booming, so we can really appreciate the outfits in the show. From bleached mom jeans to sweater vests, we’ve all been there. In my teenage years I often filled my hair with mousse like Michelle trying to get the perfect curl. And let’s not kid ourselves, we all had a hairband phase like Claire (still haunted by my plethora of bow hairbands, especially the navy one to match my school uniform!) Derry Girls really highlights the awkward teenage balance of trying to find your own style whilst, in the words of Claire, not wanting to be an individual on your own.

As I’ve said, I pretty much missed out on all the 90s action. My mum wasn’t as lucky and grew up smack bang in the middle of the Troubles. What I’ve learned from her teenage stories (could be an entire blog post on its own) and from the lessons of Derry Girls is that life goes on as normal. The show captures those nostalgic teenage memories and moments of recklessness that we all remember growing up. Trying to get the back seats of the bus but being shoved away by the upper sixths, expectations of your first formal vs a below average roast dinner and uncomfortable dress, ending the night with rock the boat. Things may be slightly more peaceful now, but we all face the same awkward coming of age.

Derry Girls is hands down one of the funniest shows I’ve ever seen. Maybe it’s the Northern Irish references, but every joke lands without fail. If I had to narrow it down, Sister Michael and Aunt Sarah are my Derry Girl’s comedy stars, and here’s a few of their best no-context lines:

“Well, I don’t know about the rest of you, but I’m not enjoying this bomb.”

“John’s really dying for peace like, isn’t he? It’s all he ever goes on about. I hope it works out for him.”

“Winking! At your age? Christ, I feel sick.”

“If anyone is feeling anxious or worried or even if you just want to chat, please do not come crying to me.”

“Part of the reason I became a nun- the free accommodation.”

In such a short amount of time, only three seasons, Lisa McGee has created something so magical that other shows struggle to do in much longer.

She perfectly captures the Northern Irish spirit of ‘it’s better to laugh than cry.’ At the end of the day, we’re all quite similar. We’ve all had those awkward teenage romances and stories from house parties to last a lifetime. Hellish family trips to the North Coast packed with stale sandwiches and Tayto. The family funerals filled with copious amounts of tea and interrogations of “well, what have you been doing with yourself?” The programme covers it all.

If you haven’t watched Derry Girls yet, catch yourself on and get to it.