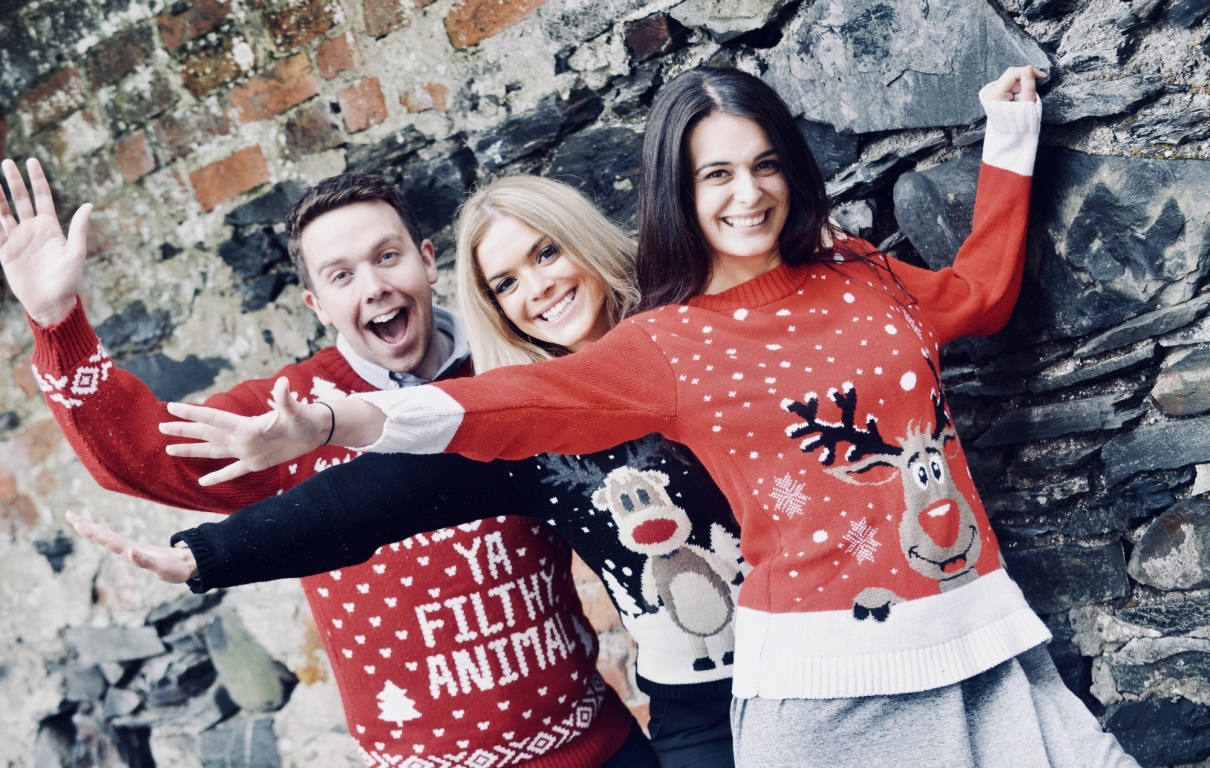 Does it feel like as soon as we finish saying 'Trick or Treat' we enter full Christmas fever? Ashley from our team loves the festive season but she's asking if we're decking the halls a bit too soon. Over to you, Ash…

It feels like overnight, the streets have become fully covered in Christmas decor, tubs of Quality Street spill out of the stores and daily countdowns to Christmas dominate our Facebook pages.

All of this Christmas jazz in October and early November raises some controversial questions. It's not like us to shirk a tricky question, so we're going to tackle two in this post.

'When is the appropriate time to put up your Christmas decorations?' and 'When does it become acceptable to play Christmas music?'

I am a CHRISTMAS FIEND.

Christmas Charlotte is peak Charlotte. Traditionally, the Goss household puts up its decorations the first weekend in December, but we have been known to sneak them up on the last weekend of November if we just can't wait that long. We're festive; it's just who we are.

In terms of Christmas music, I'd start playing it on 1st November if I didn't think I'd be shunned by society. Mariah, Wizzard, Michael Bublé… bring it on!

I'm gonna be a big ol' scrooge and say 16th December for both… later if you can get away with it. My brother's birthday is December 15th so our tree didn't go up until the 16th, so that's become the norm for me.

Christmas music cracks me up, not least because my better half only went and wrote a bloody Christmas song. You can check it out here.

Christmas decorations? Not outside of December. Unless you're Harrods.

However, music is a different matter altogether. Mariah Carey's 'All I Want For Christmas' - any given day of the year will do!

For me, it's always been roughly two weeks before the big day; anything before this just encroaches on my birthday space (10th November for those asking, and yes I do like to drag it out!)

As for Christmas music, I would probably say the same, two weeks before. But I have been known to belt out 'Santa Baby' in mid November. #NoShame

I feel like it's time to put up your Christmas decorations when the Coca Cola 'Holidays are coming' ad comes on TV.

As soon as I see that big red truck and hear that jingle, I know it's time to get festive. Alternatively, my granny goes by the rule that whenever the local shop put its tree out, it's time.

Christmas music is a tricky one. I'll accept 'Fairytale of New York' all year round. But the real Mariah and Bublé tunes are only really acceptable from the start of December onwards.

I love Christmas, it's my absolute favourite time of year but I am highly opposed to decorations and festive music appearing pre December. Halloween is barely over before trees start popping up and it's just not right.

First week in December is a perfect time to get the baubles out and Mariah on!