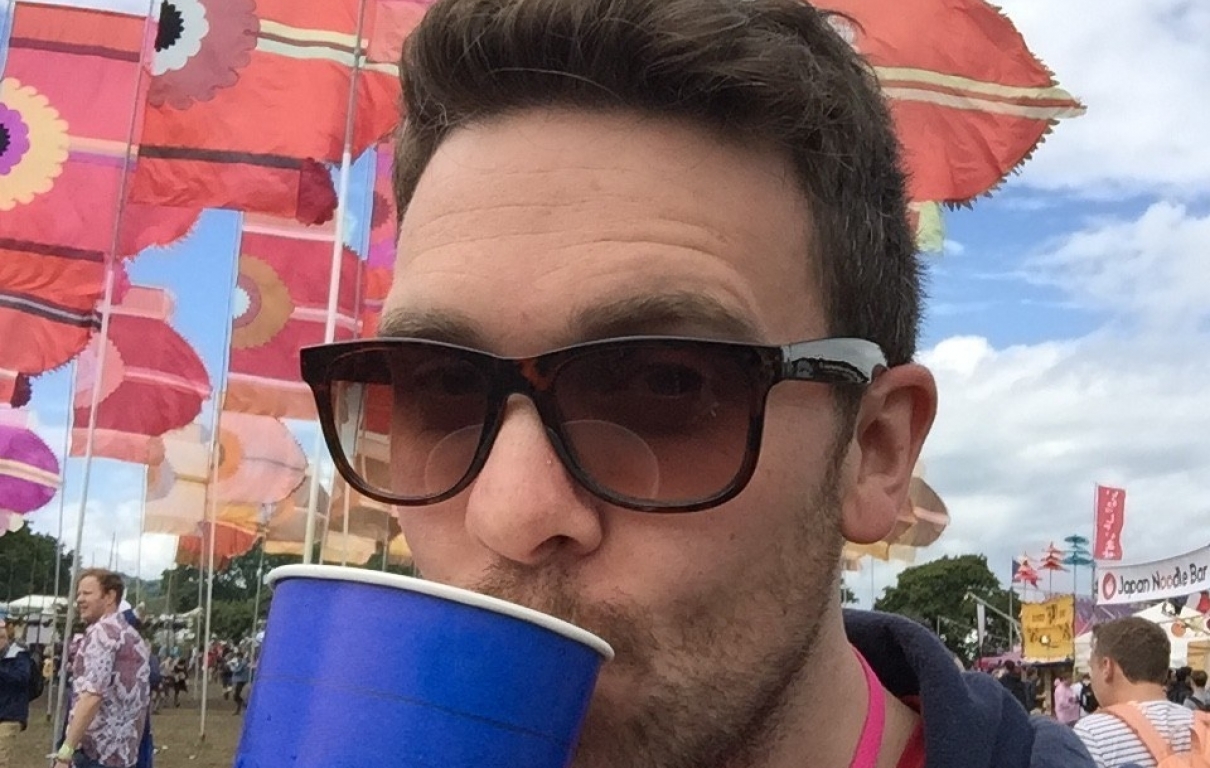 It's time to send another member of the Clearbox team to a desert island with just eight songs. This one burns quite easily in the sun, so maybe we'll send him to Rathlin Island instead.

Don't Look Back In Anger (Oasis)

I can't express how much I love this band. I own everything they've ever made (and the bootleg stuff, DVDs, tapes of them arguing and whatever else you could find on Napster back in the day). At one point in time I sported a semi-Noel Gallagher, semi-Noel Edmunds haircut. A strong look when combined with a Pretty Green polo shirt and some desert boots, right?

I thought choosing my top 10 Oasis tracks was hard, but picking one has been weeks of work. It had to be this one. It should be the national anthem. We've never found out who Sally is. I used to wonder if it's Sally Cinnamon. I don't think it is though. Noel, I know you're reading this. Can you confirm?

This is The One (Stone Roses)

Without The Stone Roses, there'd be no Oasis and picking just one song from the band is a tricky task.

It pains me slightly to choose this one because United use it at Old Trafford and I hate them with the fire of a thousand suns. Seeing the lads perform this in Heaton Park in Manchester in 2012 is one of the highlights of my life.

Local Boy in the Photograph (Stereophonics)

Sounds as good today as it did in '97 when it came out. A proper sing-a-long anthem that's been wheeled out at school, in drunken student bars and more respectable early 30's house parties. Impossible to listen to this song without singing it at the top of your lungs, as my colleagues will testify.

I was born in 1983 so I thought I should put a song in from that year. I challenge you to find a tune that sounds more 80's than Blue Monday, yet one that could also be released today and sound fresh. I've listened to New Order a lot in the last few years and if I'm going to be dancing round a campfire on the island, on my lonesome, then I'm taking this with me.

Clearbox had just been born when this song was in the charts and we used to have it playing on the radio all the time in the early days. The days when we had more staff than clients (two versus one, in case you're interested), not much idea what we were doing or how it would pan out. As I like to call them, the wonder years (!)

Oh, by the way, Anna does a great cover of Arabella. I should know, I've been in the front row for every performance since 2014.

If you've ever been to watch Northern Ireland, you'll understand why this song is going to the island with me. If you haven't, click here and enrich your senses. The night we beat Greece to qualify for EURO 2016 was one of the best things to ever happen to our country. I get goosebumps just thinking about it.

You didn't think there'd only be one Oasis song, did you? Ha.

In the times when life isn't going as planned - you're in a job you don't like, you're skint, you're hungover, your football team gets walloped - there's been no better go-to song to sort me out.

It's the opening track on Definitely Maybe, an album so good that I actually toyed with the idea of making my list from that record alone. There are 11 songs on the album so I'd have to lose three if I did that - namely Columbia, Shakermaker and Digsy's Dinner.

There Is A Light That Never Goes Out (The Smiths)

I suppose I need a love song and it's either this one or God Only Knows by the Beach Boys. Andy, Morrissey, Johnny and Mike edge out Brian Wilson and the boys but it's close. This song is wonderfully miserable and classic Smiths at their best. We all have someone in our life that we'd like to die beside, right? Cheerful!

Thanks for taking the time to read my painfully predictable desert island discs.

I'd like to apologise to my ma for not including any country music, my da for leaving out David Bowie and to the Clearbox team for not including a single song any of them will have ever heard. One of them didn't know what TFI Friday was when it came back. The youth of today, eh…

The playlist is available here.