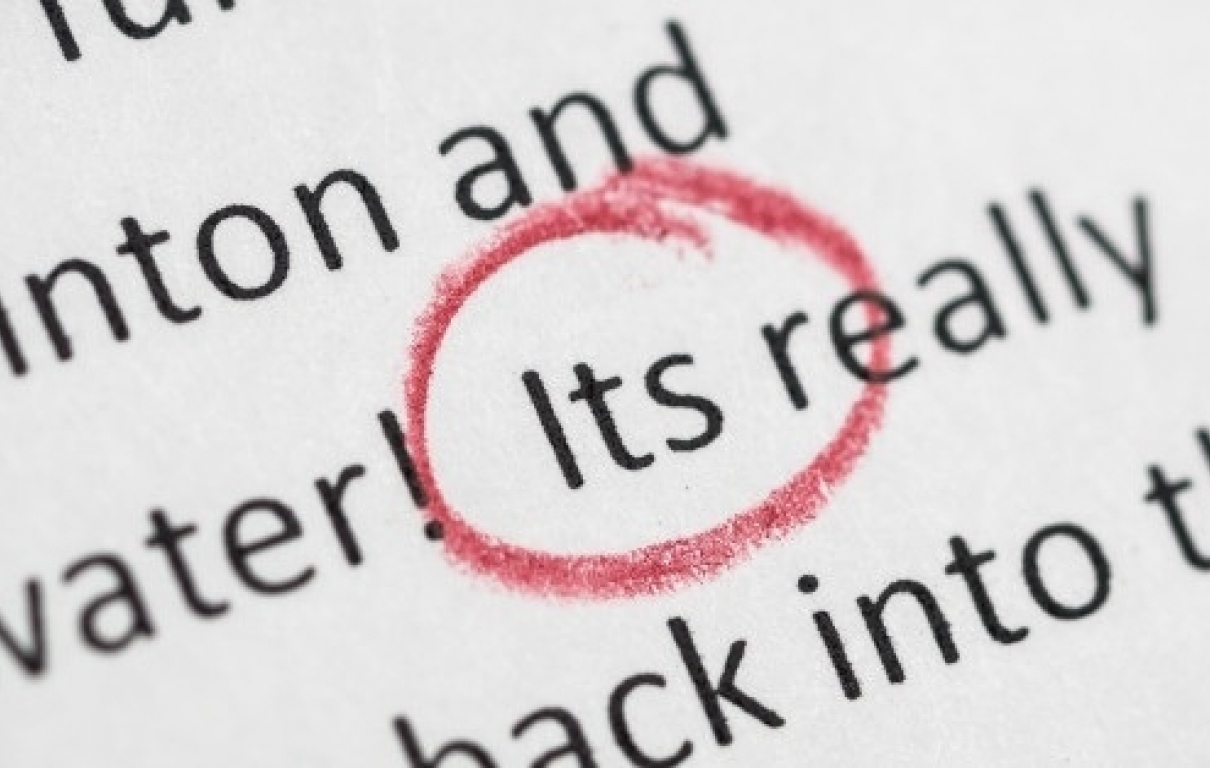 At Clearbox, there’s nothing that grates on the nerves of our team quite like the misuse of the English language. In particular, the obvious grammar mistakes that we encounter almost daily. Working in communications, there are a few grammar goofs that we have a hard time ignoring, causing inward cringing or mental eye rolls.

We asked our team about their grammar pet peeves and here are a few of the worst offenders...

Claire (the one from New York)
A wise person once said “Grammar is the difference between knowing your s**t and knowing you’re s**t.” On that note, my biggest grammar pet peeve is the common confusion between your and you’re - a simple mistake at first glance, but as all grammar enthusiasts and writers know, that simple mistake has the power to transfer the quality of your work from fab to drab.

Natalie
My grammar pet peeve is something I am guilty of myself, but it still grates on me endlessly - the repetition of the word like to fill space in sentences. “You know like, when like, he was like...and then I was like…” It drives me mad and I have my GCSE English teacher to blame. When we spoke out in class, she made anyone who used the word like to fill a sentence stop and start all over again. Ever since, each time I hear someone use the word meaninglessly, I want to interject and make them restart. Unnecessary, I know!

John
I’m not massively keen on pointing out other people’s mistakes, so I’ll tell you about my own. I can’t spell definitely - sorry, Charlotte Goss (see below) - or initiative. I get that one so wrong that spell check doesn’t even recognise what I’m trying to say. Not only am I bad at grammar, but apparently I can’t speak properly either. Cake, bake, fake and flake are just some of the words I’m routinely mocked for saying in my mild Ballymena accent. Am I ashamed of it? Nah, mate. City of the Seven Towers for life. COSB.

Claire (the one from Bangor)
I have so many pet grammar peeves, but the one that really irks me is the tricky trio their, there and they’re. It physically pains me when I see someone referring to “there new car” or exclaiming “their a lovely couple.” It’s really quite simple to distinguish between them.

If the word means "belonging to them," use their.
If you’re able to replace the word with "they are," use they’re.
Otherwise, there is only one correct choice, there.

Dani
Affect and effect are easy to mix up, which is understandable, but I can’t bear to see it happen. Effect is a noun and affect is a verb. In simple terms, if you affect something, it causes an effect. Here’s a story for you….Imagine Colonel Sanders steals Ronald McDonald crispy, golden fries that he is eating for lunch. Colonel affects what Ronald is now eating for lunch. Ronald now being hungry is the effect of Colonel’s irresistible urge to enjoy better fries than his own soggy creations.

Daniel
I appreciate that they sound very similar in their pronunciations but where and were have different meanings. I don’t understand why or how people can get this mixed up but I’ve seen it creeping into people’s writing more frequently. I can almost forgive it in social media…almost. But I’ve seen it on reputable news websites and more formal writing which really isn’t forgivable. Capitalisation, misuse of commas and apostrophes came close to being crowned by top pet grammar peeve, but narrowly lost out to the where/were debate.

Anna
Next to loud eating, bad grammar is one of my biggest daily irritants. I can’t narrow it down to one so here are a few that kill me:

2) I could care less is I couldn’t care less.

3) Irregardless is not a word. Stop trying to make irregardless happen.

4) Pacific is an ocean, not a clearly defined thing.

5) Don’t get me started on apostrophes. When I walk into a shop that is selling chip’s I have to leave immediately.

6) Close your mouth when you’re chewing. Not grammar-related but it really ruins my day.