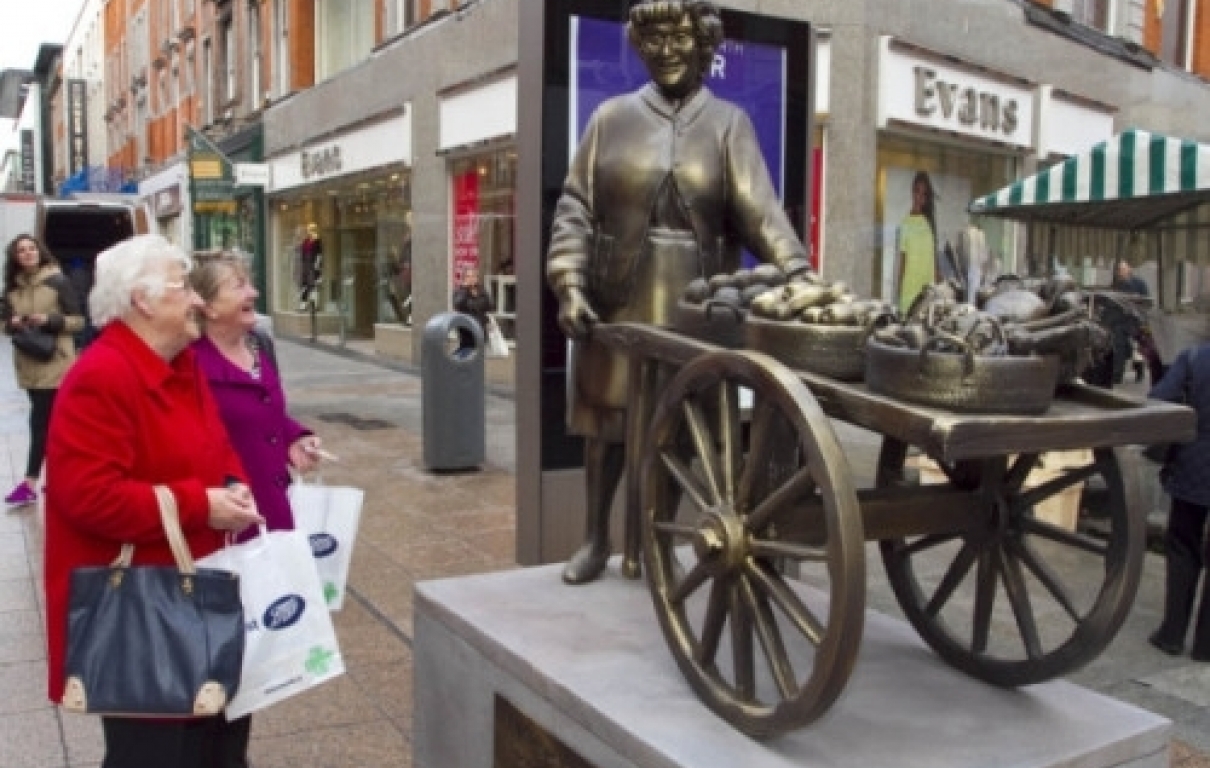 A new addition to Dublin's iconic sculptures was unveiled on Moore Street today as Mrs. Agnes Brown took her place alongside the likes of Molly Malone, Daniel O'Connell and Charles Parnell for one day only.

The legendary mammie has been immortalised in the style of Molly Malone and installed near her market stall in Moore Street. The city's new 'tart with a cart', complete with fresh fruit direct from her stall, has been created to celebrate the launch of Mrs. Brown's Boys D'Movie on Blu-Ray™ and DVD.

Striking a pose with a cart that Molly Malone herself would be proud of, Mrs. Brown's bronze figure was unveiled by members of the Moore Street Market Trader's Association in the Dublin location where much of the filming of Mrs. Brown's Boys D'Movie took place.

Speaking at the statue unveiling, Margaret Hanway from Moore Street Market said: “In D'Movie, Mrs. Brown's stall stands right here on Moore Street and it's great to see her honoured with her own statue.

“D'Movie gave Moore Street a huge boost in awareness around the world and we're absolutely thrilled to welcome this impressive statue of Mrs. Brown to the area for the launch of the film on DVD and Blu-Ray™. We think it's a great likeness of Agnes and hope as many people as possible will come down and have a look at her and her cart!”

Mrs. Brown's statue is a life-size replica of the lady herself

She stands over 2 metres high on her plinth

She's made from polystyrene and weighs 35KG

Mrs. Brown was made in 10 days by a sculptor and his assistant