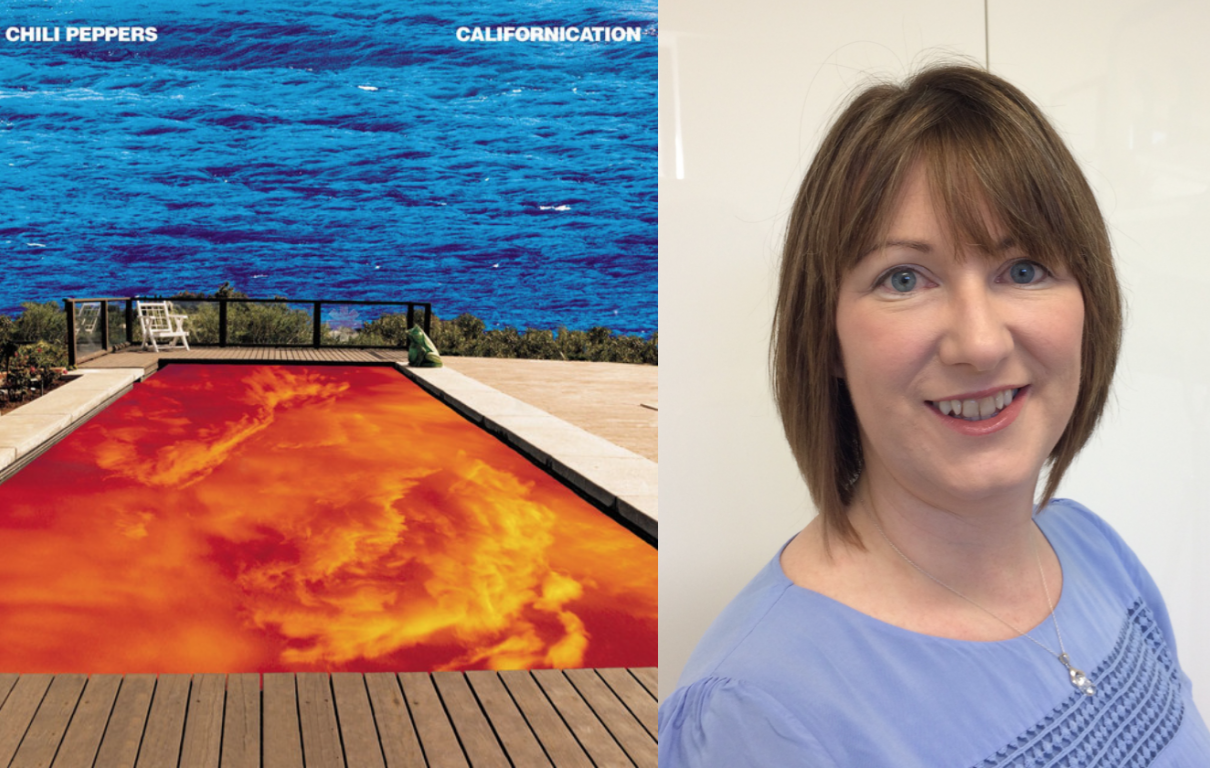 This isn't an article about the Swedish rock band, but more of a glimpse into the tunes that keep us ticking.

Each week, a different member of the Clearbox team will furnish you, our dear readers, with the story of an album that means something to them.

First up is our PR Director, Karen Wallace. The self-confessed line dancing fan surprised us all and didn't go for a country sound.

Over to you, Karen…

Many may think that it is because the band's lyrics are often peppered with innuendos, but it is actually because its tracks simply remind me of one of the best times of my life...so far.

The album was released in 1999, an era when I was taking a couple of years out to backpack across Canada and Australia after university and didn't have a care in the world.

Californication's funk rock tracks became the sound track to the escapades of my travels. Believe it or not, even on the cusp of the millennium, it was a cassette version I had, not even a CD!

While this was a time when I was in the process of 'finding myself', the album was also a renaissance for the Chilis who seemed to have finally discovered the band's magic formula. RHCP was sticking to what it knew best, massive funk rock tracks with a more mature approach and breadth of topics when it came to song lyrics, yet still with some of the signature innuendos. Many put a lot of the album's sound and success down to the return of John Frusciante as guitarist.

Having sold over 15 million copies worldwide, this seventh album of RHCP is the most commercially successful. A good five hit singles came out of the album, so clearly there was still room for commercial funk rock at the end of the 90s which was otherwise filled with teen pop and boy bands.

Out of the singles that were released from the album, Scar Tissue, Otherside and Californication became some of the most popular RHCP tracks of all time. I personally prefer a good guitar riff to kick off a song, so Around the World would have to be my favourite from the Californication album.

Then again, it is probably also because it and Road Trippin' had topical travel lyrics that really connected with me while I was globetrotting.

Next week, Daniel Lynch explains why STEPS Gold is the greatest album of all time…