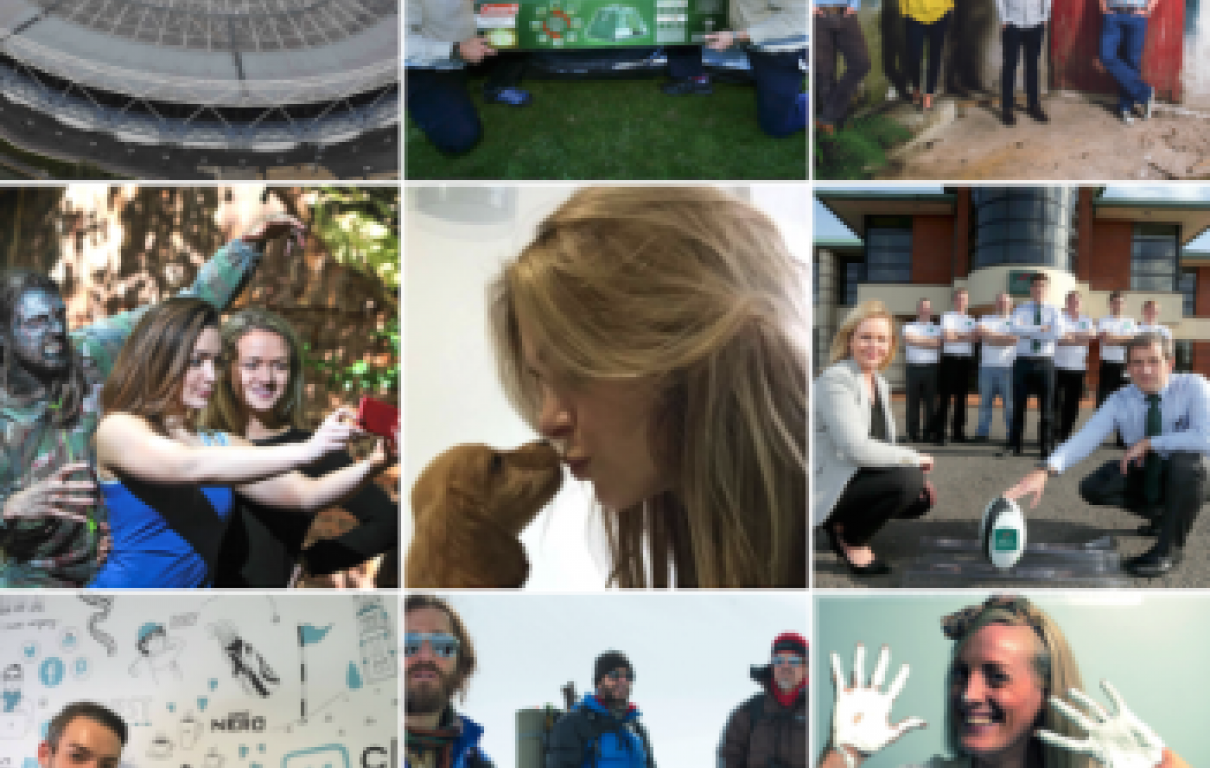 The leaves are falling, the nights are drawing in and we're officially on the countdown to Christmas. September is one of our favourite months at Clearbox and in the last 30 days, we've been up to all sorts at our Holywood HQ from charity fundraisers to raising the roof on one of the world's great sporting arenas.

The Amazon teams around the UK have been super busy this month, raising money for some fantastic local causes. Amazon in Gourock helped to give the Muirshiel Resource Centre in Port Glasgow, while the team from Amazon in Peterborough visited Little Miracles in the town to make a £500 donation. A school in Bedford celebrated a £3,000 donation from Amazon in Milton Keynes for a new assembly hall stage and Amazon in Dunfermline donated new kits for Dunfermline Athletic Ladies FC.

A global leader in the manufacture of plumbing and draining systems, Newtownabbey-based Brett Martin appointed us in September to announce the completion of a very exciting project. The local, family-owned business supplied polycarbonate roof lights for the construction of the transparent canopy of the newly refurbished Olympic Park Stadium ahead of Rugby World Cup 2015. The Clearbox team announced the news in the run-up to Ireland's RWC game with Italy at the Olympic Park Stadium, generating some great coverage for Brett Martin.

We told you last month about our latest campaign for Universal Pictures Ireland to launch the epic Everest in cinemas. A screening of the brilliant movie and a Q&A with two real-life Irish Everest heroes helped generate some nice press coverage in titles like The Irish Times & The Irish Mirror.

The events are almost upon us, and the team spent September launching the different elements of Digital DNA's Autumn activity. The official launch was well received by the media, as was the launch of the Digital Futures programme. If you haven't got your ticket for Digital DNA yet, then what are you waiting for? Get yours today here.

As September ends, October begins and with it comes all things Halloween. The Jungle, Ireland's top outdoor activity centre, is celebrating scare season with a series of events that kicks off on October 11th with the 5K Zombie Run. The event will raise funds for Autism NI and if you haven't entered and think you could take survive the walking dead invasion, sign up now! To raise awareness of the event, we designed a regional media campaign focusing on online media to help drive interest in the run. Some great pieces of coverage appeared during September and we're all excited about taking part in the event on Sunday.

In other September news, we were shortlisted for the PRCA New Consultancy of the Year award. It's a UK-wide programme and to be Northern Ireland's only nominee across all categories is great - we're absolutely buzzing and can't wait for the awards later this year. Good luck to all the other nominees!

Finally, we couldn't let the monthly review pass without mentioning the latest addition to the Clearbox team. Georgie the Spaniel came into our world at the end of September and we've been besotted ever since. She's only nine weeks old so she's not quite up to blogging yet, but you'll hear much more from the four legged one over the coming months…you can see pictures of Georgie on our Facebook page.

That's your lot for September - see you again next month!