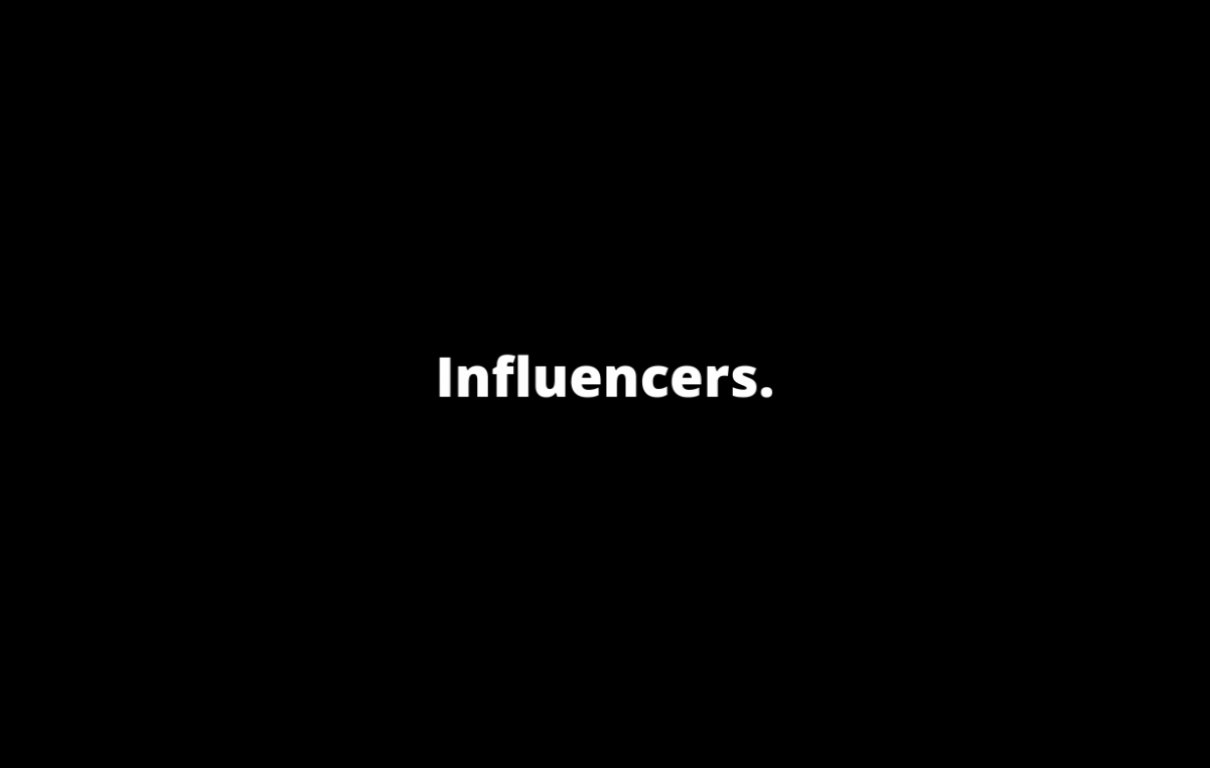 12 months of seemingly daily changes to our lives has brought about another shift in how people consume content.

How has a changing global landscape impacted the world of social media influencers? Charlotte from our events and social media team has some thought.

Social media influencers. Love or hate them, they’ve become a central part of how brands operate in recent years. What campaign would be complete without a well-placed endorsement or social post from a “key voice”? Future campaigns, actually. Maybe.

2020 has been a gear change in itself, but it has also cast a shadow on the future of social media, which leaves us wondering, do we really need influencers anymore?

Earlier this year, we saw the governments in both the UK and Ireland taking a lot of heat for paying influencers and ex-Love Island stars to spread COVID health messaging and promote the NHS Test and Trace system - something many would argue shouldn’t have to be paid to be said. While social posts may seem like the way to reach younger generations over the more traditional channels like radio and print, the Gen Z’s aren’t naïve either.

TikTok continues to make waves this year as it recently introduced blanket restrictions on ads promoting weight loss and diet apps. The new policies were a direct response to posts that promote body negativity and gives hope for a generation of young users who aren’t going to be fooled by editing, filters or affiliated links.

We all love a bit of US presidential scandal, don’t we? And when the Trump campaign tried to dip its toe in the waters of influencing earlier this year, it didn’t quite go as planned… The team behind Trump’s COVID campaign created a list of hundreds of influencers that they planned to approach to help spread key messages, listing each celebrity by what they do, what their political and moral beliefs are known to be, and whether they’d be likely to endorse such a campaign - they whittled that down to a few who ultimately turned them down, like Ludacris, Britney, The Rock and the bad-ass First Lady of television, Betty White (because of course they did).

Eventually they did find some celebrities to record a message though, but each one quickly withdrew their consent when they came to their senses. Celebrities are very careful about what they put their name to and it’s not just about the money - they could face major public backlash for careless endorsements that isolate their fans.

On the other hand, during the 2020 presidential election we saw more and more celebrities piling on to endorse Joe Biden - Lady Gaga, Lizzo, Cardi B and Bruce Springsteen to name a few. With a country in turmoil and a rising sense of urgency among the American population, whether celebrity endorsements directly influenced the highest voting turn out in over a century is yet to be decided, but it can only have helped.

The general public is very savvy on how ‘influencing’ works - we know that YouTuber didn’t buy that £50 eyeshadow palette you “need” for that eye look, and those reality TV stars don’t actually eat those gummy bears that give you healthier hair. Consumers are placing the onus on influencers themselves to be honest, self-aware and responsible in how they act and what they promote, or risk a swift unfollow!

The past year has seen a rise in content for the people, by the people with the likes of TikTok and Instagram Reels filling the gap where lockdown boredom lies. Most people find themselves with a few hundred followers on their own social channels and in a year spent behind closed doors, we look to our friends’ and family’s social feeds for updates, entertainment and opinions - deliberately blocking out the reality stars’ virtual shop windows as we scroll.

A cultural shift in how we use and view the media (both news and social) suggests that we are all becoming micro-influencers within our own circles and that this is, and will continue to be, the most effective way to connect and influence in a new decade.