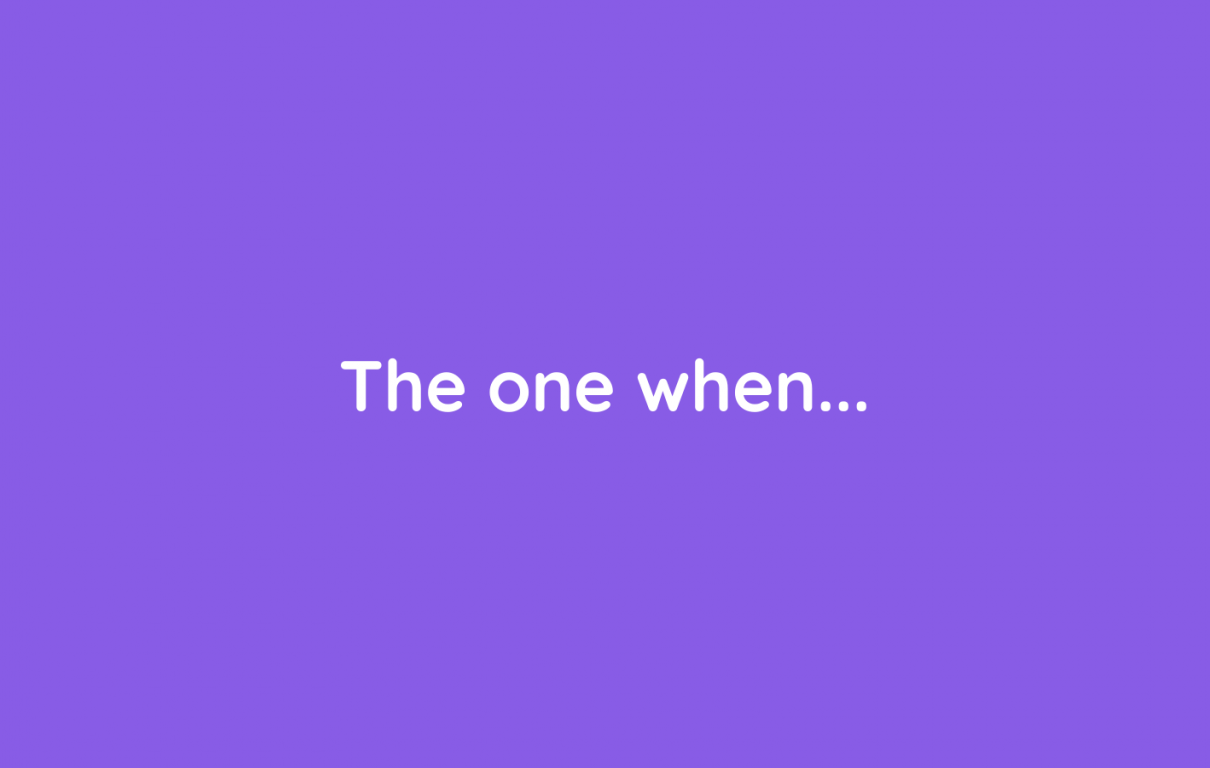 Next to take the floor in the Clearbox blog of all sorts is Alex.

We told her she could write about anything.

She chose the Friends reunion.

Could we be any more surprised?

Friends being amazing is one of the few things that we agree on as a team. Well, mostly. We do have one denier in the group, but anyway. Over to you, Alex…

I don’t think I’m in the minority here when I say I’m obsessed with Friends. Being born in 1994, I grew up watching the show. Hearing the theme tune is one of my earliest memories and over my lifetime, I would say I’ve watched the show from start to finish anywhere between 7-10 times.

After watching the reunion, it inspired me to write about why Friends is the best TV show of all time. Don’t @ me.

1. The one with all the accessibility

I mean come on, it ran for 10 years, has been shown in over a hundred different countries, translated into dozens of languages and constantly tops polls as the most loved TV shows of all time. Watching the show has also been credited by many people as to why they can speak English, including Jurgen Klopp and the BTS stars - you’re laughing and learning.

2. The one with all the supporting characters

As Konstantin Stanislavski said, “There are no small parts, only small actors” - this couldn’t be more true for the supporting actors on Friends. Janice is an icon with a catchphrase - how many other supporting roles get that? Gunther is almost like a 7th Friend, and Mike was the perfect partner for Phoebe. It was more than just these three - we're treated to countless brilliant characters along the way - Mr Heckles, Treeger, Chandler’s boss Doug, and some perfect big-name cameos too like Ben Stiller, Brad Pitt, Julia Roberts and Reese Witherspoon.

3. The one where nothing happens

Whenever I discuss Friends, I always say the same phrase - “nothing happens in Friends, it’s just six people hanging out.” And it’s true, nothing actually happens. Well nothing unrealistic, apart from the amount of time they have to eat breakfast and how they afford their apartments. But there are no unbelievable characters, there are no wildly unimaginable predicaments where the cast get into crazy shenanigans. Most of the time, it's just them sitting in a coffee shop or an apartment.

4. The one with all the quotes

Reinforcing why it’s just so darn relatable - could it be anymore quotable? I know countless people who can weave the iconic show’s quotes into any situation (and I pride myself on being one of them). I have to admit, nothing gives me more joy than saying a Friends quote and it getting a laugh from the people I’m with. In fact, with some of my friends and family I could have a whole conversation just in Friends quotes - quite impressive huh?

5. The one with all the imperfections

To get more emotional about it, one of the reasons for the show’s success is how relatable the characters are. Not only do people compare their good qualities to a character, but their flaws as well. Monica has major control issues, Chandler uses comedy to hide his insecurities, Rachel is incredibly spoilt, Phoebe is flakey, Ross has extremely complicated relationships and Joey is a womaniser. We can compare our own insecurities and undesirable qualities to theirs and feel better because we see how they love each other in spite of those flaws. We see how they call each other out, argue and fall out, and that willingness from the writers to show each of their vulnerabilities is what ultimately endears us more to the characters.

6. The one with all the backstories

One of the things the writers aren’t given enough credit for is the genius way they weave in the characters’ backstories. Throughout the 10 seasons, there are multiple hints and clues to each of the characters and how they came to be, like Chandler not liking thanksgiving because that’s the day his parents told him they were divorcing, Joey’s sisters coming to his birthday party - who couldn’t love women when you’ve got seven sisters? The famous prom video, the use of Ursula (Phoebe’s twin) and who could forget when Ross and Phoebe get mugged on the street and the mugger is an old friend of Phoebe’s? Each of these moments reveal so much about the character, their past, why they are who they are and adds to the fullness of their character. This makes each of us feel like we know them even deeper, adding to why we think they are our friends.

Watching the reunion reminded me of just how special Friends is. It spanned generations, cultures and languages and became a phenomenon. I mean what’s not to like? Cast: good. Writing: good. Plot: goooooood. You couldn’t give the cast and creators anymore of a compliment than it being almost 30 years from when it premiered and people are still talking about it.