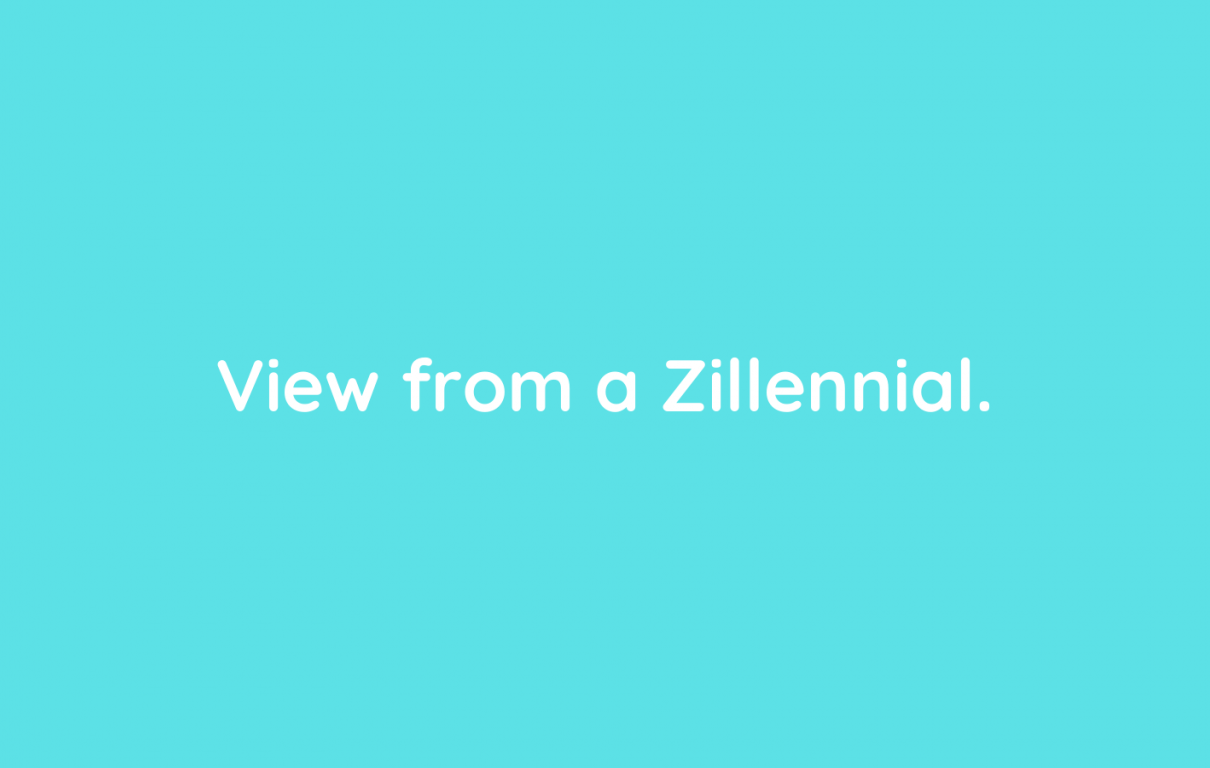 On the 22nd of February 1997 my mum gave birth to a beautiful baby girl. That baby girl was me, and I was blissfully unaware that my late nineties birth would place me right in the middle of the generational no man’s land between Millennial and Gen Z. In other words, ideal identity crisis territory.

I had a wonderful childhood, with most of my time spent in the garden away from screens. Occasionally though, I liked to dabble in the latest technology by playing the Hilltop Hospital PC-DVD on my Dad’s desktop computer, and later, The Lion King on GameBoy. I don’t remember dial up, but my first phone was a Nokia brick, and I graduated to the iconic Motorola Pebble in hot pink a few years later.

I spent my early teens being raised by Zoella, after school chats on MSN were the highlight of my day, but I can also say with pride that my longest Snapchat streak was over 400 days long during the app’s heyday in 2012. Please don’t ask me what Myspace was, but TikTok is as much of an enigma to me, and I still don’t understand what ‘cheugy’ means. It’s all very confusing being stuck in the middle.

Enter the term ‘Zillennial’, the title for a micro-generation born in the murky years between 1993 and 1998. We remember what the world was like pre-smartphone, and we might just remember where we were when 9/11 occurred, but the memories are hazy. Our eyebrows escaped oblivion, but you better believe we’re still going to use the laughing face emoji. Too young to be a Millennial, but too old to be Gen Z, we’re in a unique position to view both parties impartially and pick which aspects of each culture we want to adopt.

It might have been Millennials that initiated the move away from traditional forms of media like television and radio, but Gen Z is the really driving force for the shift towards social media and digital first. Whilst Millennials seem to have remained largely on Twitter, those born into Gen Z reach for their phones to find out the latest news from influencers and peers on platforms like TikTok, Snapchat, and Instagram. Millennials started the wave of internet acceptance, but Gen Z is riding it.

The Reuters 2021 Digital News Report says that ‘mainstream news brands and journalists attract most attention around news in both Facebook and Twitter but are eclipsed by influencers and alternative sources in networks like TikTok, Snapchat, and Instagram.’ There’s space for both, but the study also points out that ‘TikTok now reaches a quarter (24%) of under-35s, with 7% using the platform for news’, so it’s clear that things are beginning to skew away from traditional journalism as the main source for news, especially amongst younger people.

We all know that patterns of news consumption are changing, but as a Zillennial, I believe I’m uniquely placed to consider the implications of how the media landscape is evolving with different, less clouded eyes than my older Millennial friends and younger Gen Z peers. I’m not a digital native, but I’m close enough to dip my toe in the water if I want to. I’m not a teenager, but I can remember my teenage years more quickly than I can imagine being in my thirties. Not quite out of date, and not quite up to date, I can move between the two generations with ease.

We can ask many questions about the legitimacy of ‘news’ that comes from the mouth influencers, or scoff at a bloke in his bedroom posting conspiracy videos to YouTube, but nevertheless, there’s a clear market for valuable PR on platforms outside the traditional norm. News is no longer confined to a front page spread or an online outlet. For those who trust the news less, and a proportion of younger people, the Reuters 2021 Digital News Report points out that these individuals are ‘less likely to say they pay attention to mainstream news outlets’. As a result, PR needs to keep adapting and changing with the times to reach as large an audience as possible. PR can’t abandon traditional media completely either, as by leaning too far either way, brands potentially exclude or ostracise entire generations or groups of people.

To be honest, I’m not the most tech-savvy, so I’m not the one to be leading the way with revolutionary digital PR, but I completely understand the need and desire for PR to utilise more video content, understand the pull of influencers, and be open to pitching ideas that go beyond the print paper. I also see that there’s still room in PR for quality print press coverage and local news outlets (you can read Alex’s blog to learn more about the power of regional media). As time goes by, however, PR needs to strike a balance between the more far-reaching, metrics driven potential of social media platforms, whilst being careful that it don’t lose fact-based journalism and storytelling in a sea of opinion.

I’m keeping an eye on how things are changing, and I’m interested to see how the nuances of new media evolve, but just for the record, I’ll be parting my hair to the side forevermore.