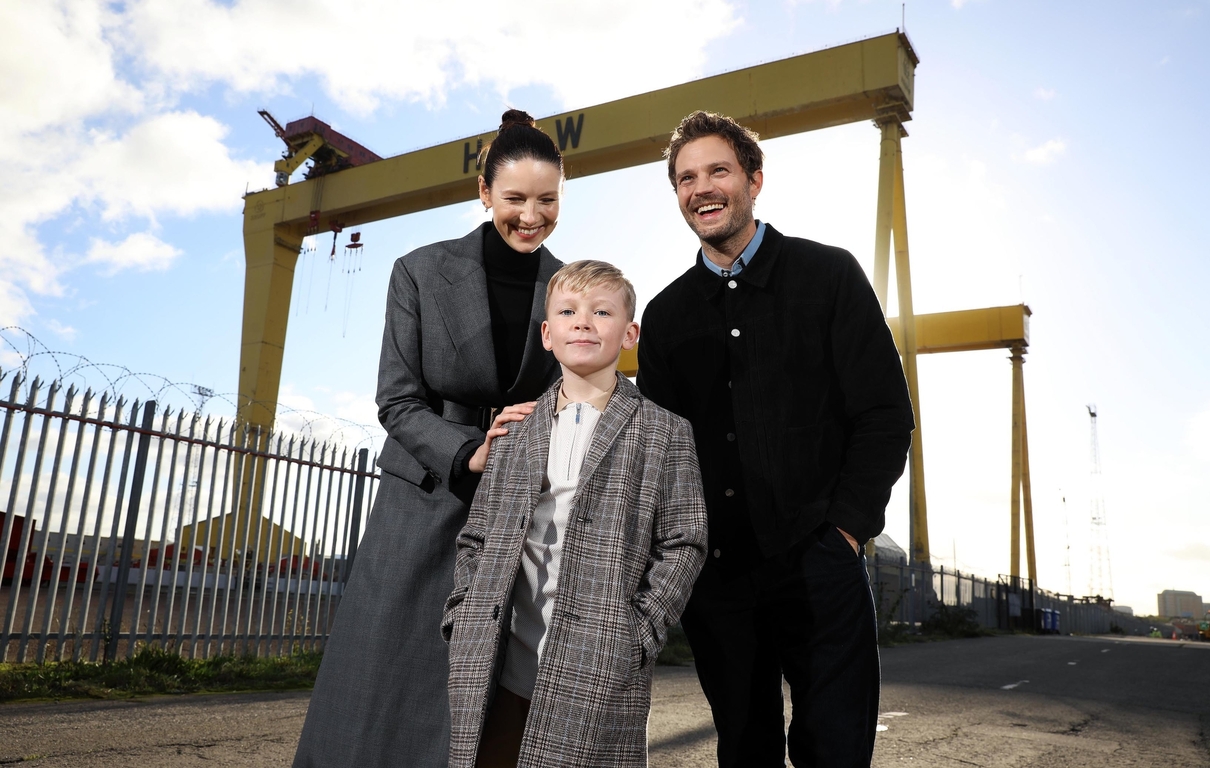 We've worked with the brilliant team at Universal Pictures Ireland since 2015, helping them launch everything from the Minions and Mamma Mia to Jason Bourne and World of Warcraft.

In late 2021, we were asked to work on something a little closer to home - the Irish premiere of Belfast, Kenneth Branagh's hotly anticipated tale of a young boy growing up in 1960s Northern Ireland.

We had two things at our disposal - the cast from the film and the city of Belfast.

In an action packed day ahead of the premiere, we managed a press screening of the film, followed by broadcast and print interviews with media and the cast. With media obligations done, we took the cast to the world-famous Harland & Wolff shipyards to capture images of them under Samson & Goliath; Belfast's giant yellow cranes. These images were covered by media around the world.

The day concluded at the Irish premiere of the film, held in front of a packed Waterfront Hall.

Our work on this brilliant campaign saw us manage cast photocalls, red carpet escorts, talent handling, event photography and media pitching. It's not every day we get to hang out with Hollywood A-list stars, and this isn't something we'll forget in a hurry.

It was a privilege for us all to work on such an important and magnificent film, which also deservedly won an Oscar!